Who will buy my WTI? 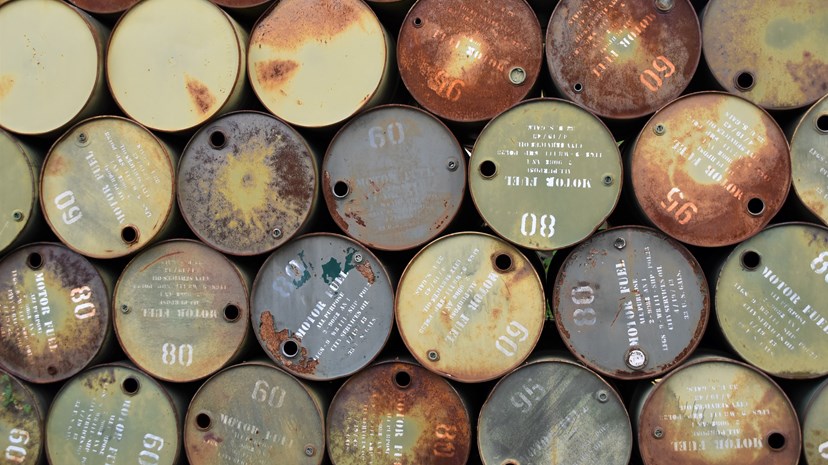 In a remarkable turn of events, the price of West Texas Intermediate (the benchmark for US oil) turned negative for the first time ever last week. The collapse in global economic activity precipitated by the coronavirus has crushed oil demand, causing a supply glut. The situation has been exacerbated by the Organisation of Petroleum Exporting Countries and allied nations being a slow to respond with production cuts, and those cuts being limited. This has resulted in increasingly high oil inventories, depleting available storage capacity in the US especially. Holders of oil contracts due to mature next week faced the prospect of being unable to store the commodity. Therefore they quickly became forced sellers at more or less any price, driving prices negative. While the oil price has since recovered, it remains possible that this happens again if storage capacity remains scarce. While low oil prices are a benefit to consumers, sustained weakness will prove a challenge for those nations reliant on oil revenues to fund state spending.

The US Senate last week approved a second aid bill totalling almost USD500bn, despite objections from senior Republicans. The bill includes funding to help small businesses and money for hospitals and Covid-19 testing. This news was somewhat overshadowed by President Trump revealing plans to partly suspend all immigration to the US for 60 days (with the exception of farm workers). Trump caused further controversy by seemingly exploring the idea that applying light and disinfectant to patients may cure the coronavirus. Continued high instances of new coronavirus cases, as well as high weekly jobless claims, could threaten Trump’s position going into the November election.

The ECB adjusted its rules around what assets can be used as collateral when accessing cheap ECB funding. The ECB will now accept bonds even if the credit ratings agencies have downgraded them below “investment-grade”, making them so-called “fallen angels”. This change protects the access of countries such as Italy, which remains at risk of being downgraded due to high debt levels and weak economic growth - a situation further exacerbated by the coronavirus outbreak. The Organisation for Economic Co-operation and Development (OECD) estimates that this also boosts c. USD300bn of corporate bonds that could be downgraded in the next year. The move raises the question of whether the ECB will decide to include sub-investment grade bonds in the asset purchase programme. Meanwhile, European leaders met last week to discuss a recovery plan. Disagreements persist on key issues such as risk-sharing in the finance of a recovery fund, which will likely become further evident next week when the Commission presents its proposals.

The April Purchasing Manager’s Index (PMI) data painted a gloomy picture, with several readings dropping to new lows. These surveys provide a timely idea of the state of the economy in advance of the hard economic data. The stark declines in the surveys signal a widespread deterioration in business conditions, with the services sector hardest hit but it does not confirm the magnitude of that deterioration. Nonetheless, these surveys have historically been a useful guide as to the path of economic growth. In the UK, the April whole economy reading dropped to 12.3, with a reading below 50 signalling contraction.

Governments worldwide continue to make plans to roll back restrictions on citizens’ movements in order to resume more normal levels of economic activity, without leading to a second wave of coronavirus infections. In Germany, masks are now compulsory on public transport and in shops, while Italian and Spanish parks are expected to reopen next week. The pace at which work is able to resume will determine how quickly the global economy recovers. In the UK, the government has outlined five tests that must be met for restrictions to be relaxed, including sufficient testing and PPE capacity.

Important information
The information contained in this document is believed to be correct but cannot be guaranteed. Past performance is not a reliable indicator of future results. The value of investments and the income from them may fall as well as rise and is not guaranteed. An investor may not get back the original amount invested. Opinions constitute our judgment as at the date shown and are subject to change without notice. This document is not intended as an offer or solicitation to buy or sell securities, nor does it constitute a personal recommendation. Where links to third party websites are provided, Close Brothers Asset Management accepts no responsibility for the content of such websites nor the services, products or items offered through such websites. CBAM6012.