What Biden’s policies mean for the global economy 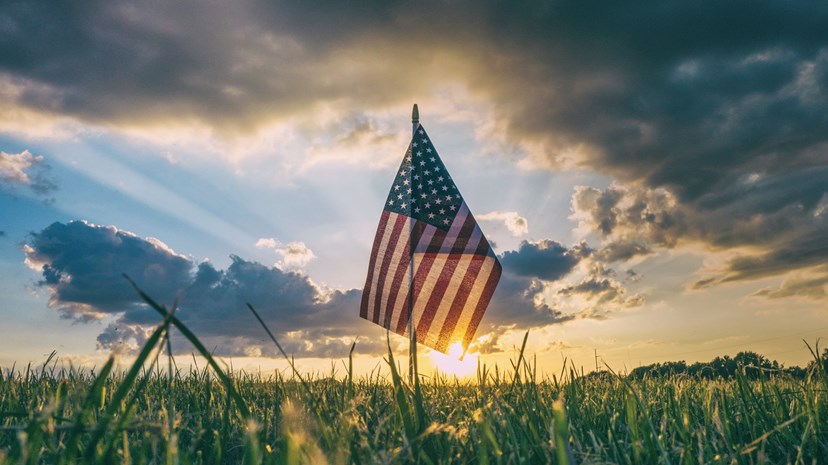 What do President Biden’s policies mean for investors? While Biden only took office on 20 January 2021, already his administration has made a major mark on the global economy.

He has proposed some significant tax and policy changes that have far-reaching implications for the US, as well as other countries around the world. These changes will inevitably have some important implications for investors globally.

On the tax front, Biden acted swiftly to partially reverse his predecessor’s controversial corporate tax cuts. US companies face a tax increase from 21% to 28%, possibly from as early as January 2022, which is likely to impact on the dividends paid to investors.

In another move that could totally transform the global tax landscape, Biden wants to prevent multinational companies shifting their profits to low-tax countries. His proposed global corporate minimum tax rate has been welcomed by many nations.

Nevertheless, it’s an ambitious project that may ultimately be derailed by the objections of low-tax jurisdictions such as Ireland and the Netherlands.

Alongside his tax proposals, Biden has also been making headlines with his $2 trillion package for improving the nation’s infrastructure. The package, which has been dubbed the ‘American Jobs Plan’, is intended to accelerate the US’s recovery from the devastating COVID-19 pandemic.

Biden’s plan is intended to improve transportation, including roads, bridges, public transit, ports, airports and electric vehicles, among other projects. Money is also being used to boost manufacturing, support research and development, upgrade water infrastructure and build affordable homes. Furthermore, funding is being set aside to improve schools and childcare facilities, and to provide training that enables workers to move into high-demand sectors such as caregiving, clean energy and manufacturing.

Due to the timelines involved with infrastructure development, it may be a while before the effect of Biden’s investment is felt in the real economy. Nevertheless, it bodes well for investors in the medium to long term.

“The infrastructure plan is positive for the markets, especially equities, because a lot of listed companies are going to be huge beneficiaries of it,” says Robert Alster, our Chief Investment Officer. He adds: “Of course, raising the corporate tax rate reduces companies’ earnings, but the offset is that their earnings are going to be higher than they would otherwise have been because of the infrastructure plan.”

Another area where Biden has made some big policy commitments over the past few months is in relation to climate change. In April 2021, he hosted a virtual climate summit of world leaders and unveiled an ambitious target for the US to cut its greenhouse gas emissions by between 50% and 52% by 2030. Since the US is the world’s second-largest emitter of greenhouse gases after China, major investment will be needed in areas such as renewable energy if the country is to achieve this goal.

“The infrastructure plan is positive for the markets, especially equities, because a lot of listed companies are going to be huge beneficiaries of it.”

Biden’s spending plan, combined with a successful vaccination programme, is helping to accelerate economic recovery in the US. In fact, the country is forecast to enjoy 7% GDP growth this year.

There are concerns around inflation, however, due to the level of fiscal and monetary stimulus being pumped into the US and other economies while interest rates remain low.

The prices of commodities such as copper, grain and iron ore are rising, with some market commentators interpreting this trend as an indicator of broader inflationary forces to follow.

Alster believes the risks of inflation to both the US and the global economy may be overstated, however. “Both the Federal Reserve and the Bank of England have indicated they will look through what they regard as a temporary burst in inflation because they don’t believe it will carry on,” he says. “They believe it is pent-up demand coming back and then it will ease off. We think they are right.”

Alster argues that, in the past, structural inflation was driven by wage increases demanded by trade unions. Today, technology is a deflationary driver through tools such as price comparison websites. Nevertheless, our investment team is keenly monitoring inflation data.

While the long-term consequences of President Biden’s policies are unknown at this stage, the overall outlook for the US looks bright. For that reason, we continue to invest in US equities as part of our diversified portfolio of assets.

“Both the Federal Reserve and the Bank of England have indicated they will look through what they regard as a temporary burst in inflation because they don’t believe it will carry on. They believe it is pent-up demand coming back and then it will ease off. We think they are right.”

Where do the opportunities lie?

In recent years, US tech stocks have been star performers for investors. Nevertheless, there has been talk of them being overvalued and their share prices have taken some tumbles this year.

Offering a long-term perspective, Alster disputes the notion that investors are paying too much for tech stocks. “Today, we are just in the foothills of the technology cycle,” he says. “This is a multi-decade structural change and it’s only just starting.”

Alster believes there are many areas of life where there is huge scope for new technology to be applied, including biotech and financial services. He also points out that today’s leading tech companies have very strong market positions and huge resource capabilities, which allow them to make big bets on the future. “They will carry on growing – and in areas that may be very hard to forecast today,” he says.

According to Alster, the best opportunities for investors in US equities lie with companies that are likely to benefit from Biden’s infrastructure plan – including construction, engineering and finance companies. As restrictions continue to ease, investors may also get value from airlines and other stocks that have been badly knocked by the pandemic.

In the longer term, technology companies will continue to be solid performers. These include not only the current tech giants, but also the providers of the digital infrastructure that will support the growth of the sector. With health being in the spotlight globally, pharmaceutical companies also offer some good prospects.

Does Biden signal a green light for green finance?

With arresting brevity, US president Joe Biden laid out America’s immediate priorities in his inauguration speech: to address “stinging inequity, systemic racism and a climate in crisis”.