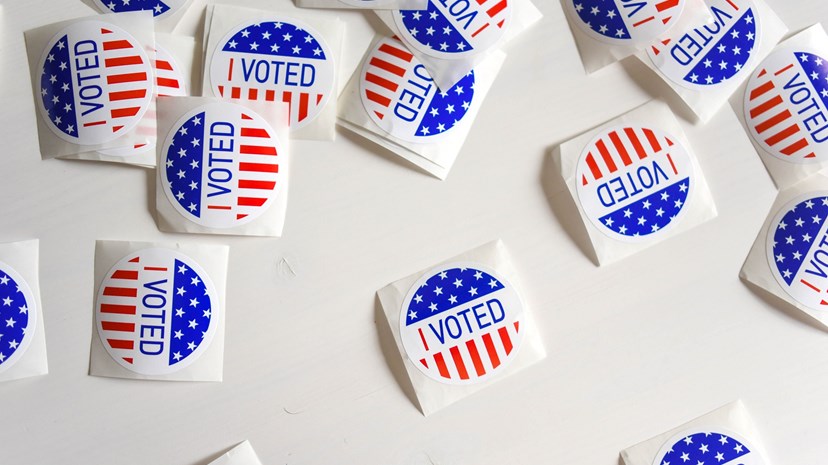 Who will win the election?

With the election a week away, polls still indicate that the Democrat party is likely to win the most seats in the House of Representatives and the Electoral College. This means that Joe Biden, the Democrat candidate for President, is likely to be the next President of the United States. Voters in each state vote for electors from their preferred party to join the Electoral College. The Electoral College then elects a President, with a few exceptions, state electors assign all of their votes to one candidate, a bit like the first past the post system in the UK. Voters also select senators but only a third of senatorial seats are up for election this year.

Is the polling accurate?

As ever, we cannot have 100% confidence in polling data for a few good reasons. The presidency is won by winning the most electoral votes, not the popular vote. This means that winning in certain densely populated states with many electoral votes is more important than winning a higher number of overall votes at the ballot box. In 2016, Democrat candidate Hillary Clinton won more votes overall, but not in the most key states, meaning that the Republicans were able to win the presidency. Another source of doubt is how representative polling is – for example, Americans with lower trust for the government may be less willing to answer polls, and Trump’s status as a figure of controversy may have led to a “shy Republican” phenomenon. However, there is evidence to suggest the polls are right. As of Tuesday, participation in postal voting and early voting has been very high, with eight million more votes already cast than at the same stage in 2016. The Democrats have endorsed early and postal voting as a way to limit pandemic-related disruption to the election and avoid long queues at polling stations. In contrast, the Trump administration has labelled it a source of potential fraud, suggesting that early votes are more likely to favour the Democrats.

When will we know the result?

Given the high share of postal voting, it may take longer than usual to declare a result. This is because different states have different rules on when election officials can begin to process postal votes. If Democrat voters overwhelmingly vote by post and Republicans mainly vote in person, the Republicans may initially appear to be in the lead, but the result may be different once all postal votes are factored in. States have until the 8th December to certify election results and determine electors, six days before the Electoral College meeting. If the electors are unable to select a President, the House of Representatives selects the President, with one vote per state, while the Senate elects the Vice-President. While this governmental protocol does provide a backstop in the event of an unclear result, a swift resolution will likely be seen as more favourable by markets. A contested vote could fan the flames of an already politically febrile US.

What about the Senate?

The Senate race is important as senators can block the passing of certain laws. Currently the Democrats hold forty-five of 100 seats and the Republicans fifty-three. In order to be able to execute policies effectively, the Democrats likely need to win four seats. A successful Presidential race often also has a halo effect for Senatorial candidates, so a win for Biden may boost Democratic senators’ chances. A Democrat win in the upper and lower houses would allow the administration to implement manifesto proposals more fully. This could mean much higher fiscal spending on areas including infrastructure, social security and healthcare, but also higher taxes and tighter regulation. The Democrats may also seek to implement significant reforms. They may seek to lower the vote threshold required in the Senate to pass a bill, which would give governments more power but diminish the Senate’s ability to block partisan policies. They may also seek to give citizens of Washington D.C. the right to select voting representatives in Congress. Such changes would have a lasting impact on US politics.

While a Biden presidency likely means higher taxation and tighter regulation of certain industries, the promise of significantly higher fiscal spending appears to have appeased investors. With economic recovery slowing and stimulus ended in July, investors are keen to see a new package agreed. From this perspective, a decisive win either way is likely to be more favourable for markets in the short term.