Northern Ireland is often overlooked as a holiday destination – but it shouldn’t be. Over the past two decades it’s been enjoying a new lease of life, with its dramatic landscapes and a booming food and cultural scene, Northern Ireland makes for a diverse place for a summer holiday away from the crowds.

While the prospect of overseas holidays remains uncertain, we are exploring the UK's most scenic regions.

With more than 7,000 miles of spectacular, unspoilt coastline, 10 national parks full of incredible scenery and countless fantastic dining spots, the UK is packed with destinations for budding explorers and foodies alike.

Whether you’re looking for hidden seafood shacks in Cornwall, a bracing walk across the rolling hills of the Peak District, or simply want a day on the sand with traditional fish and chips in Suffolk, our new UK staycation guide has it all.

Learn the city's troubled history on a walking tour

There are several highly rated tours by foot or bus available, exploring the history of The Troubles through sites that became synonymous with the conflict, such as Falls Road and Shankill Road – a serious, grim subject, but lightened with a good dose of typically dry Belfast humour. The DC Tours guided walk has been voted the city’s best tourist attraction and comes highly recommended.

The imposing Parliament Buildings (pictured) set within Stormont Estate (and consequently known to all simply as Stormont) form the seat of the Northern Ireland Assembly. Just as impressive is the Gothic Stormont Castle, home to the Northern Ireland Executive and historically the official residence of the prime minister up until 1972. Both buildings are well worth a visit and a good place to learn more about the region’s complex political history.

See the city's past, present, and future at The Titanic Quarter

The former dockyard area of Belfast – where the RMS Titanic was famously built – has been transformed as part of one of the world’s largest urban waterfront regeneration projects. The area now features luxury residential properties and a thriving leisure and cultural hub, including the state-of-theart Titanic Belfast visitors' centre, the boutique Titanic Hotel Belfast, and attractions including indoor skydiving, the SSE Arena, and harbour marina. 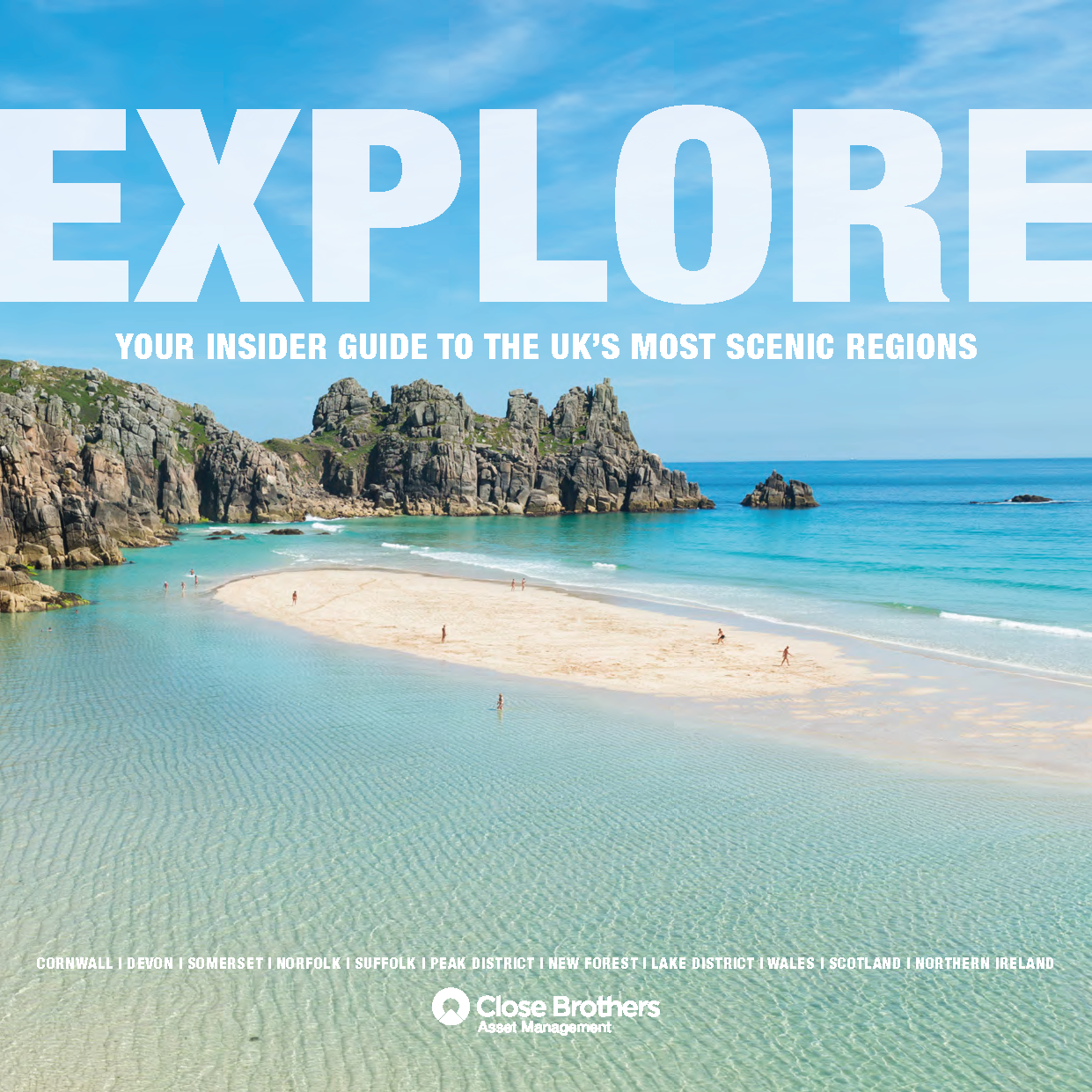 Contact your Close Brothers Asset Management investment manager or adviser to request a copy of our full EXPLORE guide.

While the prospect of overseas holidays remains uncertain, we are exploring the UK's most scenic regions. With its dramatic coastlines, rugged moors, ancient woodland and rolling hills, there is very little that Devon is missing.

While the prospect of overseas holidays remains uncertain, we are exploring the UK's most scenic regions. With its dramatic coastlines, jagged mountain ranges and softly undulating valleys, Wales has a vast range of impressive landscapes to explore.