Things get chilly in Alaska 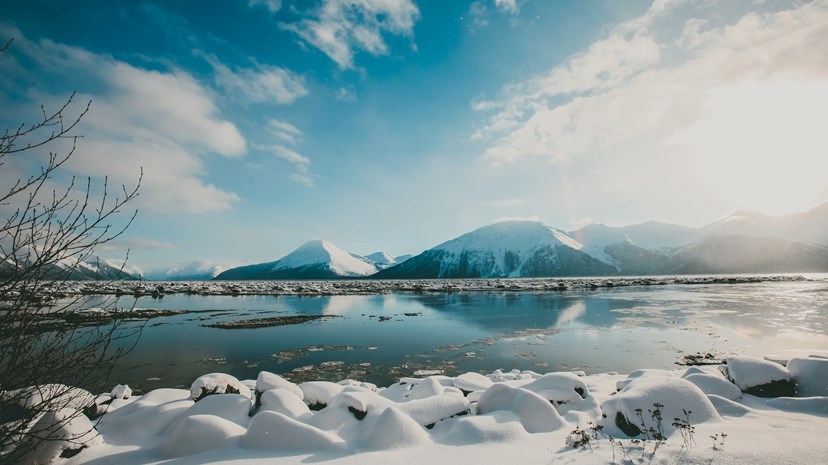 The end of the Trump era may herald a shift away from Twitter diplomacy, but it does not mean the end of frosty Sino-American relations. As US and Chinese officials met in Alaska for their first diplomatic summit of Biden’s Administration, talks got off to a shaky start: Chinese officials were displeased with fresh US sanctions in response to the erosion of Hong Kong’s democratic freedoms. US Secretary of State Antony Blinken’s opening remarks to the press were followed by a lengthy rebuttal from Communist Party Politburo official Yang Jiechi., to which the US in turn responded. The summit serves as a reminder that relations between the world’s two largest economies remain strained, with significant diplomatic obstacles to climb.

Investors waited with baited breath for the US Federal Reserve’s Open Market Committee meeting last week. As expected, the committee voted to leave policy unchanged, and Fed Chair Jerome Powell reiterated the message that the Fed expects to remain accommodative for some time. However, Fed forecasts of US growth and inflation in 2021 did rise, with GDP expected to grow by 6.5%, though inflation is expected to fall back closer to its 2% target in 2023. In addition, the number of committee members who felt that higher rates would be appropriate in 2022 or 2023 increased. Further bond yield volatility is likely as the recovery continues and rising inflation may well fan the flames.

The UK Bank of England also met last week, with policy makers voting to leave policy unchanged. The language of the Monetary Policy Committee’s report was more upbeat, reflecting a firming global backdrop, better health data in the UK, and a relatively supportive policy mix in the March budget. However, the MPC did emphasise its commitment to “taking whatever additional action is necessary” to support inflation, should conditions weaken. In contrast with the European Central Bank, which announced plans to keep long bond yields low, the MPC judged that the rise in UK bond yields, in part a spill-over from the rise in US yields, did not pose a risk to UK financial conditions. This reflects the UK’s earlier success in rolling out vaccines.

Just as some countries are looking to reopen, many European countries are experiencing a renewed surge in coronavirus cases, demanding stricter social restrictions. On average, European countries are behind the UK and US, with 13% of the EU population vaccinated. Concerns over the safety of the AstraZeneca vaccine have exacerbated this and may have fuelled vaccine scepticism. In addition, Europe is only now experiencing the full force of the B.1.1.7 variant, which spread quickly in the UK this winter. France, Italy, Norway, Poland, Malta, Estonia and Hungary have introduced new restrictions, while other countries have suspended plans to fully reopen their economies.

Last week US President Biden appeared to endorse changing the way the US Senate works in order to make it easier for the majority party to pass laws. The filibuster currently requires 60 votes in the Senate for legislation to pass, meaning that the majority party needs many seats or bipartisan support for a bill to become law. Changing the current filibuster procedure could allow the Democrats to pass reforms that currently look unlikely, if they are opposed by most Republicans. This could bring back into focus policies around antitrust, healthcare and drug pricing, and workers’ rights.