The Foothills of Inflation 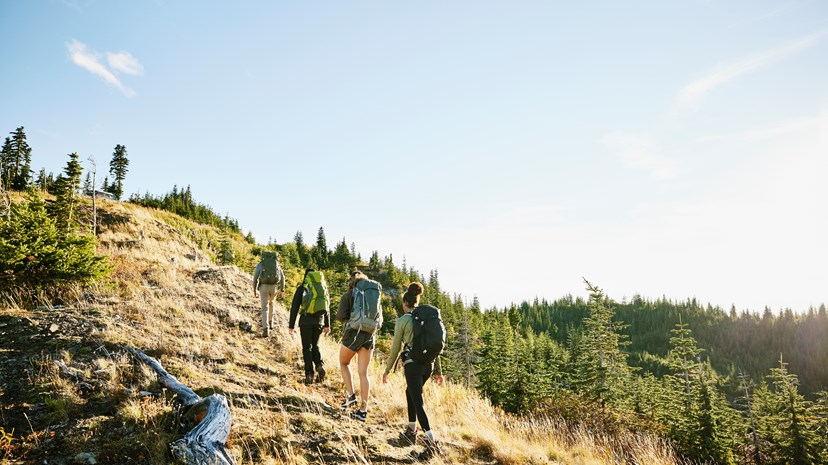 UK inflation reached 5.5% in January and is likely to rise further still in the coming months. Economists’ estimates anticipated Consumer Price Index (CPI) remaining flat at 5.4%, but prices were pushed up by retailers offering less in the way of January sales than usual. Clothing and footwear, and furniture and household goods were segments seeing strongest price growth. Inflation is likely to accelerate further in coming months before cooling later on in the year. The 54% increase in the Ofgem price cap will see energy prices rise, while the discount on VAT charged on hospitality will also end. Even with government measures to cushion households from energy prices, this could see CPI at 7.5% in April. Thereafter, anniversary effects and the normalisation of global supply chains could see inflation cool.

UK employment was resilient over December, despite a wave of Omicron cases triggering social restrictions. While the Labour Force Survey showed employment had fallen by 38,000 over the final quarter of 2021, HMRC payroll data showed an increase of 108,000 in January, though this was weaker than expected and a deceleration on prior months. Unemployment remained unchanged in December at 4.1%, but the claimant count rate, which is a broader measure of unemployment, fell to 4.6% in Jan from 4.7% in December. Participation also decreased, with 112,000 workers leaving the workforce, and keeping the supply of labour tight. Wage growth reflects this, with average weekly earnings growing by 4.3% in December, ahead of consensus. Unemployment is expected to fall further and wage growth to rise, but household incomes remain under threat. Firstly, the increase in National Insurance contributions levied on both households and businesses will weigh on incomes, and secondly high inflation means that, even at high growth rates, real incomes are shrinking.

Retail sales jumped in January in the US, surging 3.8%. The rise was almost double the consensus forecast, with strong vehicle sales leading the recovery after a weak December print of -2.5%. Core sales, which exclude auto sales, grew 4.8%. The wave of Omicron infections did impact sales, with online shopping rising by 14.5%, and hospitality declining -0.9%. Data from other countries further through the Omicron wave suggests that health confidence should recover soon. Instead, the race between wage growth and inflation will have a bigger impact on consumer confidence and consumption spending. The Federal Reserve’s Open Markets Committee minutes from the January meeting, released last week, reiterated the Committee’s willingness to respond more aggressively to curb inflation.

Last week’s GDP print showed the Eurozone economy grew by 0.3% quarter-on-quarter in Q4. Given that the region was struck by a wave of Delta and then Omicron infections, this is a positive result. Employment also grew, rising by 0.5% quarter-on-quarter, with 780,000 new jobs added. This leaves both GDP and employment slightly above pre-pandemic levels. Industrial production was also stronger than expected in December, growing by 1.2% on the month, with survey data pointing to supply chain pressures easing. If this trend continues, this could lead to a significant industrial rebound later this year, though there is a risk that disruption is prolonged by Omicron rippling around the world.

Japanese GDP increased by 1.3% in Q4 on a quarter-on-quarter basis, after falling by -0.7% in Q3. The rebound was fuelled by a recovery in consumption spending, especially on services, facilitated by a decline in coronavirus infections. However, other areas of the economy showed weakness, with business investment and exports soft. Consumption spending is likely to have weakened in January due to the spread of Omicron cases across the country, but a better industrial backdrop and pent up spending should support growth in the second quarter of 2022.