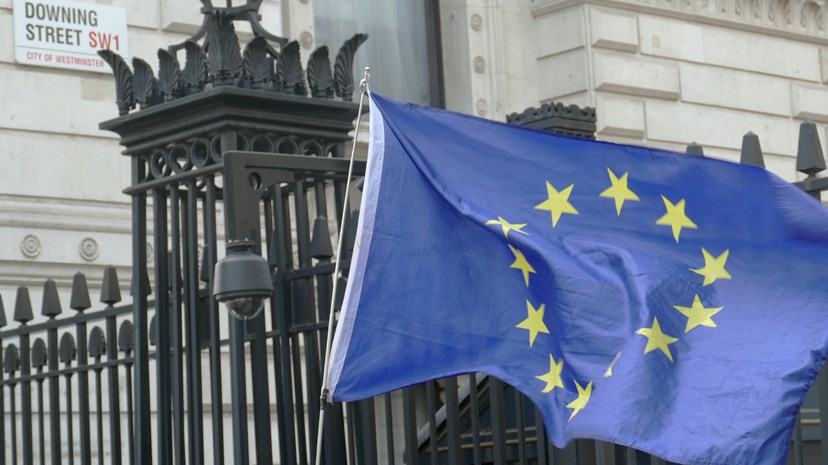 Limited progress was made in a rocky week for Brexit negotiations. Having agreed to resume discussions on the future UK-EU relationship, the Joint Committee reached agreement on aspects of the Northern Ireland Protocol, including how goods may enter Northern Ireland from Great Britain after the 1st of January. However, a dinner between UK Prime Minister Johnson and European Commission President von der Leyen, which many had hoped could unlock the impasse, yielded little. Nevertheless, both parties agreed over the weekend to continue talks in the hope of reaching an agreement. Elsewhere, GDP data showed that growth slowed in October, when the tiering system was introduced. The economy grew by 0.4% in October, boosted by buoyant demand for manufactured goods by customers stockpiling in anticipation of potential trade disruption. Less than three weeks remain for an agreement to be reached, and completing the legislative process of ratifying any deal in the time available will be particularly demanding.

Prime Minister of Japan, Yoshihide Suga, has announced a $708bn stimulus package to help Japan’s economy. The package is expected to include subsidies for green investment and spending on digitalisation. Having initially suppressed the pandemic relatively successfully, Japan’s economy has been blighted by subsequent waves of the virus, weighing on domestic consumption. The stimulus package contains c. $400bn of spending to boost consumption, including extending subsidies for domestic travel. Japan’s Go-to-travel campaign, which was designed to promote domestic travel and boost local businesses, will be extended to next summer, and could boost growth once infections decline (although it is to be suspended over the New Year holiday period amidst rising Covid-19 cases).

While European leaders may not have made progress on Brexit at last week’s summit, they did manage to resolve issues that had been blocking the approval of pandemic fiscal support, known as the European Recovery Fund. The EU had sought to make access to funds contingent on nations abiding by rule-of-law criteria relating to the EU budget, but Polish and Hungarian leaders protested by blocking the borrowing needed to finance the funding. Eventually a compromise was reached, but this will still see Poland and Hungary challenge the legality of the measures in the courts. The European Central Bank (ECB) also extended stimulus measures last week, increasing the bond purchase programme (known as the Pandemic Emergency Purchase Programme, or PEPP) by EUR 500bn to a total of EUR 1,850bn, and extending it to at least the end of March 2022. The ECB governing council also extended the targeted longer-term refinancing operations (TLTRO III) programme, which allows banks to borrow at -1% under certain conditions.

Regulation is becoming an increasingly important driver for equity markets. Facebook shares slumped last week on news of two lawsuits seeking to break up the tech giant. State attorneys from 48 states and the Federal Trade Commission have accused Facebook of abusing its dominance in the online marketplace and of anticompetitive behaviour. In contrast, UK bank stocks received a boost as the UK Prudential Regulation Authority confirmed that banks will be allowed to resume dividend payments. Capital distributions were halted in the immediate aftermath of the pandemic in a bid to ensure banks remained in strong financial health and were able to meet the borrowing needs of the economy.

US President-Elect Joe Biden is expected to nominate Katherine Tai to be the top US trade envoy in charge of US-China trade relations. Tai has already served as the chief trade counsel for the House of Representatives’ tax-writing Committee on Ways and Means and has overseen the enforcement of trade policies. While a detente was called in the US-China trade war back in January, with the signing of the Phase One trade deal, relations have since deteriorated and many tariffs still remain on $360bn of Chinese goods. While the Biden administration is likely to continue to take a hawkish stance on China, further progress on trade and the removal of more tariffs could boost growth in 2021.