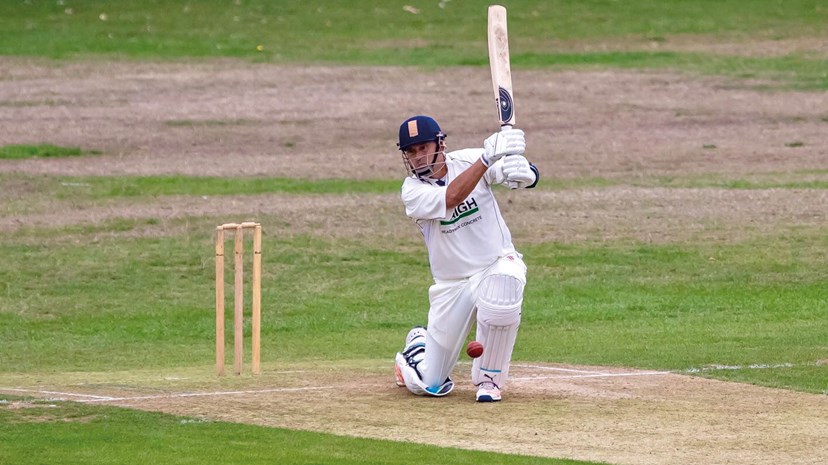 The rise of over-50s cricket is bringing former professionals back to the crease and reigniting interest in the sport among older age groups. Essex all-rounder Mel Hussain talks to Close Brothers about the Over-50s Cricket World Cup.

Next year the England Counties Over-50s cricket team will travel to South Africa to compete in the Over-50s Cricket World Cup. Named in the 16-man squad is Mel Hussain, a former professional cricketer who is currently captain, opening batsman and off-spin bowler for the Essex over-50s side. He also happens to be the older brother of former England cricket captain Nasser Hussain.

Mel previously captained the English side that travelled to Sri Lanka in 2016 to compete in the very first international tour by an over-50s cricket team. He was also selected for the squad that toured Australia for the inaugural Over-50s World Cup in 2018. The English team was defeated by Pakistan in a thrilling semi-final match that went down to the very last over. Pakistan then lost to the host nation in the final, which took place in Bankstown.

Mel describes the tournament as being “unbelievably well organised”, with matches played on “wonderful grounds”, including Bradman Oval at Bowral in New South Wales. His own tournament highlight was a group match against New Zealand, which England won by 59 runs. “Even though they didn’t get through to the semis or the finals, New Zealand were probably the strongest side there, with several ex-Test players in their squad,” says Mel. “It was a super-competitive match played really well, both in spirit and in skills. The atmosphere was highly charged and we played out of our skins to beat New Zealand on the day.”

Mel believes that next year’s tournament, which is taking place in Cape Town, will take over-50s cricket to the next level. The number of teams that are participating has increased from eight to 12, with India, Namibia, the West Indies and Zimbabwe all fielding sides for the first time. “The World Cup in South Africa is going to be a much bigger event simply because of the social media buzz that existed during and post the inaugural event,” says Mel. “Players all over the world were commenting on this wonderful opportunity and wishing that they were involved. As a result, several international Test and county players have come out of retirement, got fitter and started playing again.” A good example is Mark Alleyne, the former international bowler who will be captaining the England over-50s side that competes in the forthcoming World Cup.

The driving force behind the Over-50s World Cup is wealthy Australian philanthropist Stirling Hamman. He came up with the idea for the event and was tournament director for the inaugural World Cup. One of his concerns was to ensure that team selection processes were fair, with players chosen on merit and sponsorship secured to cover travel costs so that all selected players could go. “Stirling stressed that this could not just be a lot of wealthy people going on a cricket tour,” says Mel.

Fairness is a priority for the entire England Over-50s set up. The England and Wales Cricket Board (ECB) runs an over-50s cricket competition that has five divisions, with 36 counties involved. So, England Over-50s has appointed a selector for each division, with a remit to scout out potential players for the World Cup squad. Players are not even considered unless they play in the ECB’s counties tournament. There is also a small management system in place to organise and support the England Counties Over-50s team. It consists of ex-players who give up their time for free simply for the love of the game.

As yet, the ECB is not officially involved with the England Over-50s set-up, which is why the team playing in South Africa next year will be known as the England Counties XI, rather than the England XI. The ECB has given the team permission to use the Three Lions emblem on its clothing, however, and Mel hopes that full recognition will come in time – as over-50s cricket grows in popularity.

In fact, Mel believes that over-50s cricket can help to bring about a revival of the sport at a grass-roots level. “In the UK, the village teams that have traditionally put out one or two teams every Saturday, into decent competitions and leagues, are slowly dying off,” he explains. “The people who are holding the remaining clubs together are the 40- to 60-year-old age groups. They are playing, sitting on committees, running the bar and making sure that the kids are getting the right kind of coaching. Of course, the over-50s themselves also benefit personally from their involvement with cricket. “We are living longer, so it is very important that we stay fit and active,” says Mel. “We need to have a reason to go to the gym on a cold, frosty day or to take a long, brisk walk. Also, as we get older, it’s great to have new ambitions and targets.”

So, what’s Mel’s advice to anyone who enjoyed playing cricket when they were younger and wants to take it up again? “Get back playing, especially if you’ve got kids.”

Mel’s passion for the game is sustaining him as he follows a tough fitness regime to prepare for next year’s World Cup. He knows that fitness will be key – especially when it comes to fielding. “When people think of over- 50s cricket, they might imagine a bunch of geriatrics running around, but that isn’t the case,” says Mel. “If anything, the skill levels are higher, but we’ve got slower at fielding. So, the fielding is where we can take advantage if we’re fit enough.”

Ultimately, it’s having the tournament to look forward to that is getting Mel out of the door in the winter months and jumping onto his bicycle for a 12-mile ride. He believes that cricket is something that other people in his age group, and older, can look forward to as well. “Look at the recognition that the women’s game is getting now,” he notes. “I’d like to think that at some point in the future, over-50s cricket will be as big as that. Hopefully we’ve planted a seed that other people will benefit from later – in an even greater way.”

Find out more at: www.over50scricket.com