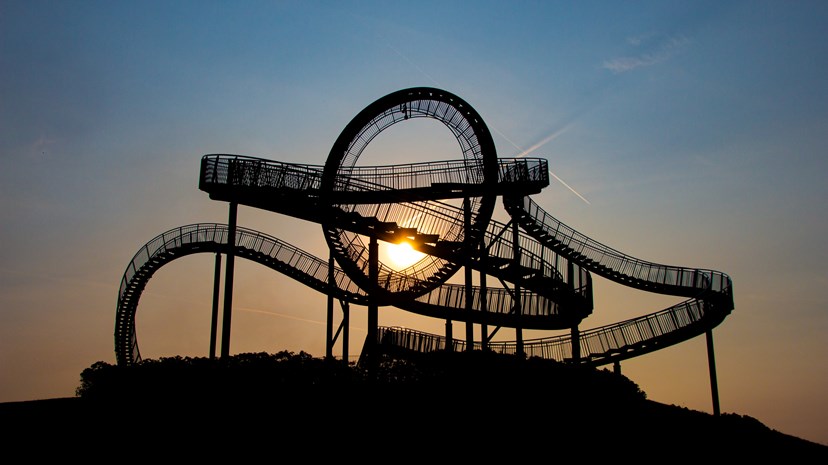 A tumultuous week saw significant swings in US interest rate expectations. At the start of the week, comments from US Treasury secretary Janet Yellen caused markets to speculate that rate hikes may be on the horizon. Former Federal Reserve (Fed) Chair Yellen commented that the likely strength of the US economy would mean that “rates will have to rise in the future”, causing bond yields to rise. However, bond yields fell sharply on Friday, when April unemployment data missed expectations. The unemployment rate rose to 6.1%, instead of declining as expected, and the number of payroll employees in the services sector increased only modestly, despite the removal of social restrictions. Given the Fed’s emphasis on delivering improvements in employment for all, weaker than expected employment data gives the Committee reasons to delay tightening monetary policy.

At the May meeting, the Bank of England (BoE) left interest rates unchanged at 0.1%, while it was decided to maintain the total size of the Quantitative Easing (QE) programme at GBP875bn. Departing BoE Chief Economist Andy Haldane voted to decrease the programme to GBP825bn. The decision not to expand the QE programme necessitated a slowing of the rate of asset purchases as, at the current rate, asset purchases would be complete before the end-of-year target. Bank forecasts were upgraded, with 2021 GDP expected to be 7.25%, versus 5.0% in February. However, the Bank does not anticipate the improvement in growth translating to a sustained period of inflation once the initial burst of economic activity fades. The furlough scheme is likely to obscure wage data until the Autumn, a contributing factor in long term inflation.

The implementation of new fishing rules has caused tensions between French and Jersey fishermen, with fishing crews clashing over catch rights. French boats protested against new requirements - introduced under the UK-EU Trade and Cooperation Agreement (TCA) - for French boats to evidence a history of fishing in Jersey's waters. The dispute culminated in both the UK and France sending naval ships to the region “to monitor the situation”, after France threatened to cut off electricity supply to Jersey. While fishing is a small share of the European economy, such disputes emphasise the fragile nature of the TCA, which contains several components that must be renegotiated at regular intervals. The UK and EU are also in discussions over how the EU will view UK financial services regulation, a process likely to last over a year. The timing of the dispute may have been politically convenient for both UK and French governments, coinciding as it did with elections.

Technology firm IBM has announced a significant breakthrough in computer processing, designing a 2nm chip. The chip, currently in testing, is said to be 75% more energy efficient and to deliver 45% improved performance. One application could be longer mobile phone battery life, meaning devices would need to be charged much less frequently. The development comes at a time when companies worldwide are experiencing a shortage of chips, causing supply chain delays in the manufacturing of a wide range of goods. Auto manufacture has been impacted, along with mobile phones and other consumer electronics. In response, many countries are seeking to reduce reliance on Asian countries for chip manufacture, as the pandemic has emphasised the fragility of global supply chains.

US trade data illustrated the diverging outcomes for the US and the rest of the world. US imports rose more than exports, pushing the trade gap to a new high of USD74.4bn. This represents improving demand for autos and consumer goods, as well as capital goods and food, as domestic demand recovers and the economy reopens. Meanwhile, overseas demand for US goods has been more muted.