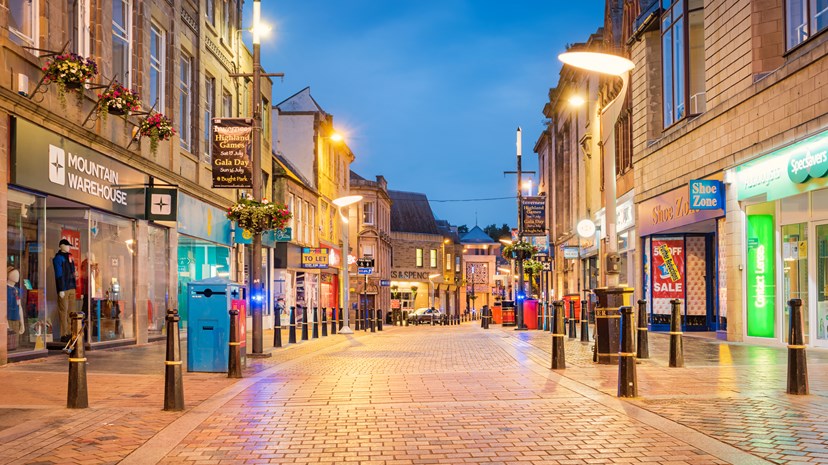 The Bank of England (BoE) intervened in the bond markets last week to shore-up long-dated government debt at any scale to achieve financial stability. Gilts had come under pressure since the government’s fiscal event - or ‘minibudget’ - the previous week, which laid out plans for tax cuts that had not been costed by the Office for Budget Responsibility and would be paid for by borrowing. The run marked down the value of gilts held by some pension funds and liability driven investment (LDI) managers which showed signs of struggling to meet near-term liquidity calls. The BoE stated that purchases “will be strictly time-limited” in order to “tackle a specific problem” via auctions until 14 October. The purchases will be unwound in an orderly fashion once risks to the market have subsided. Long-dated gilts soared ~35% on the news (but at the time of writing are still down >50% yearto-date). Sterling also rallied a little against the dollar on the announcement.

The BoE also stated that it will delay until 31 October its previously planned quantitative tightening (QT) programme of £80bn per year. QT means selling bonds held on its balance sheet, or allowing them to redeem without reissuance, and is effectively the opposite of the emergency market intervention last week. Most significantly, they emphasised that they would not hesitate to raise interest rates by as much as necessary to bring inflation back to their 2% target in the medium term. This led to speculation that an emergency hike may be on the cards.

The BoE’s announcement came as the government endured a volley of criticism over its plans to go ahead with unfunded tax cuts which it believes will accelerate growth. (The removal of the higher 45p income tax bracket has already been reversed). The International Monetary Fund said that the plans would lead to more inequality and countervail the BoE’s attempt to squash inflation – effectively saying the government is pressing the accelerator whilst the BoE is applying the brakes. This view was shared by BoE exgovernor Mark Carney who said the government risked “undercutting” the BoE’s remit and that the spike in volatility was financial markets warning policymakers that there is a limit to the credibility of their intentions. Credit ratings agency Moody’s also weighed in saying that the structurally high deficit resulting from the tax cuts may damage the UK’s debt sustainability and lead to a ratings downgrade.

Already weakened before the government’s spending plans were announced, sterling tumbled to an all-time low against the US dollar, acting as a pressure valve. Currency markets gauge two things: the interest rate differential between two currencies and long-term structural trends including debt sustainability. The US Federal Reserve has embarked on aggressive interest rate tightening as it tries to control inflation, driving rates higher. The UK government’s ‘minibudget’ was poorly received by markets. Together these forces sent sterling slumping to a record low of 1.03 against the greenback (USD).

The broader issue of USD strength is universal, however. The dollar tends to strengthen in times of market stress – a perceived flight to safety. This has been further exacerbated by higher interest rates available in the US. Both the euro and the yen have declined against the dollar; the former slid below parity (~0.96), while the Bank of Japan started buying the yen in an attempt to arrest its decline. A strong dollar makes countries’ imports - especially commodities, typically priced in dollars - much more expensive, and therefore risks importing yet more inflation.

The OECD predicted that the economic price of the war in Ukraine will compound the pandemic’s lingering effects driving global growth lower in 2023. It may likely fall to 2.2% and therefore represent a ~$2.8trn hit to global GDP. Whilst a general drive for tighter monetary policy was – it said – in part to blame, China’s zero-covid strategy continues to stymie growth in the world’s second largest economy. The OECD also commented that inflation had become more widespread, beyond core measures in food and energy, and percolated throughout economies. It noted that energy diversification and demand reduction are required to prevent energy shortages feeding back into inflation.