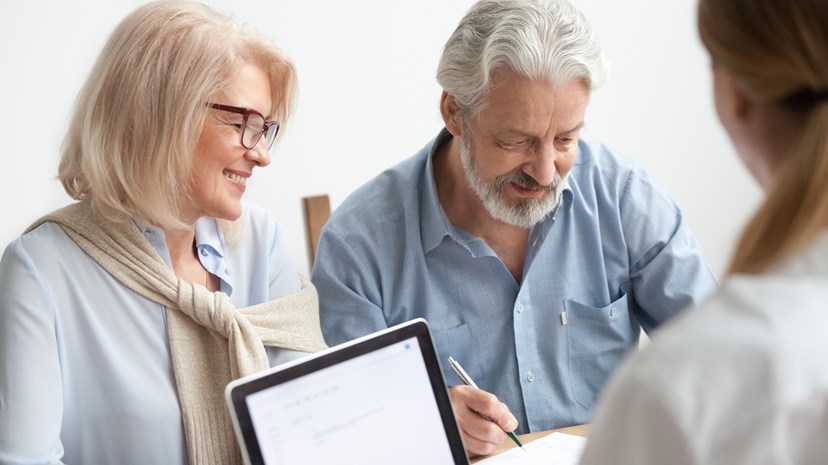 Lending into later life is a subject rising in prominence within the lending community, intermediary marketplace, the regulator and even in government circles. Although this has long been an area of opportunity, it is one from which lenders have historically shied away, mainly due to a mix of complexity, risk, and regulatory boundaries.

For these reasons many would-be borrowers have instead turned to Equity Release or Lifetime Mortgages as a means of borrowing during retirement. Forward strides have been made within this sector, with product ranges growing in variety and interest rates falling, however they are still notably more expensive than conventional mortgages.

In an effort to broaden product choice in the later life lending sector, the Financial Conduct Authority now treats Retirement Interest Only (RIO) mortgages as standard mortgages, instead of being regulated under Equity Release rules. This factor, among others, has resulted in several lenders adding RIO mortgages to their offering. With this in mind, let's take a brief look at some of the basics surrounding this type of lending.

What is a RIO mortgage?

Simply put a RIO mortgage is an interest only mortgage that either has no specified end date, or one a very long way in into the future (so as to be highly unlikely that it will be reached). The borrowed capital sum will typically require repayment in the event of one of the following:

What are the benefits of RIO mortgages?

The main benefit is flexibility - borrowers are able to make overpayments with no penalties. They can also make regular overpayments by increasing monthly direct debits or make a lump sum payment to help decrease the amount of interest they pay. In addition, paying the monthly interest payment means the amount borrowed will not increase (as can be the case with some Equity Release products).

Borrowing into retirement is definitely becoming more commonplace, as demonstrated by recent figures published by Moneyfacts. They confirmed that the average maximum age for mortgage borrowers across all lenders in 2015 was 67 years old. Today it is 78 years old.

Many brokers have lauded the advances made. We live in an ageing society - the UK currently has 11.6 million people aged over 65, and by 2034 it is estimated that this figure will rise to over 17 million. This new wave of products is likely to give hope to many who may have otherwise struggled to get a home loan - especially those who took out endowment mortgages where the maturity value is insufficient to clear the loan.

Building Societies Association (BSA) policy adviser, Charlie Blagbrough said: "Over the past few years we have seen the mortgage market waking up to the realities of an ageing population. Housing wealth is increasingly concentrated in the hands of older people, and they are becoming a larger part of the population, so it makes perfect business sense for lenders to serve this demographic… traditionally, housing attitudes have tended to favour paying off the mortgage before entering retirement, and while this is still good advice for some, others may want to draw on their housing wealth for any number of reasons."

As well as offering new types of mortgages, many lenders have upped their maximum age they lend across their mortgage range over the previous few years. BSA data reveals there are 34 societies that will now lend to age 80 or beyond, up from 18 in 2015. The BSA have also reported that the proportion of residential mortgages sold that will mature when the borrower is 65 or over has increased from 32 per cent in the six months of 2015 to 41 per cent in the same period this year.

Intermediary Mortgage Lenders Association director, Kate Davies has commented on the latest developments: "We have found that many retirees homes are worth as much or more than their pensions, and both elements need to be considered as part of a wider retirement plan… changing demographics and socio-economic pressures mean it's likely later life lending will become a significant growth area."

In summary, for those who are in or near to retirement, lending options have increased significantly over recent years and could be a viable option for many to consider.

Your home may be repossessed if you do not keep up repayments on your mortgage. Our fee is payable on application and is a minimum of £250 up to a maximum of 1% of the mortgage amount.

We can help you arrange the funding you need and put you in the best possible position to get the home you really want. We are completely independent of any lender, but have relationships with those who understand the differing circumstances of our range of clients.