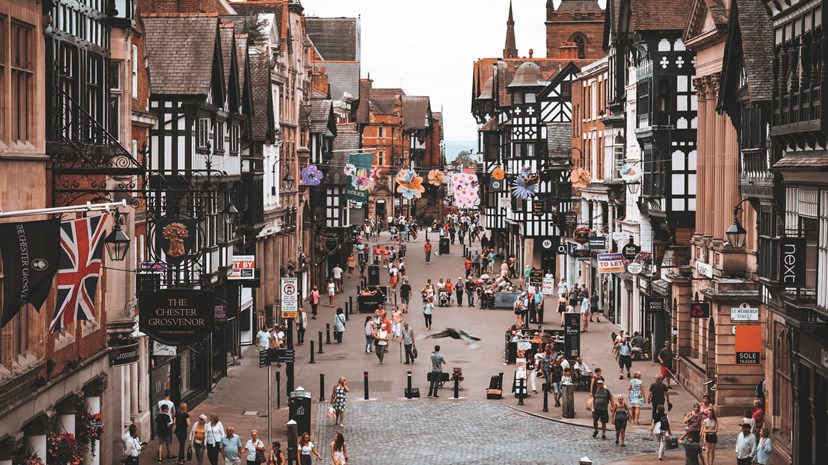 Our newest office is situated in one of the UK’s oldest cities. Chester can trace its proud history back to AD79, when it was founded as a fortress by the Romans. It was originally named ‘Deva Victrix’ after the goddess of the River Dee, which flows through the city. The name ‘Chester’ comes from Anglo-Saxon and is derived from the Latin word ‘castrum’, which means encampment.

Over time, a civilian settlement grew up around the fortress and a harbour was established to welcome trading ships from other parts of the Roman Empire. But after the Romans withdrew, the city became the site of battles between the Welsh and Saxon kingdoms. By the Middle Ages, however, Chester had become a wealthy trading port, and it remained the primary port on England’s north-west coast until the rise of Liverpool in the eighteenth century.

Chester was a Royalist stronghold during the English Civil War. Between September 1644 and February 1646, it was subjected to a siege by the Parliamentarians, who ultimately succeeded in taking the city. Tragically, many inhabitants died of starvation during the siege and the city’s walls and buildings incurred considerable damage.

Despite its tumultuous past, Chester today is renowned as one of Britain’s best-preserved walled cities, while its centre is home to a striking shopping district of Tudor half-timbered buildings known as ‘the Rows’. It also boasts a historic medieval cathedral, built in 1092, as well as the ruins of a Roman amphitheatre.

Expanding in the North West

Chester is the location for Close Brothers Asset Management’s newest office, which we opened in August 2020. The office represents a significant expansion of our presence in the North West and complements our existing locations in Manchester and Northwich. It will allow us to strengthen and enhance our services to clients in the region. Also, it continues our national expansion strategy, coming a year after we opened an office in London’s Mayfair.

The new office is situated within Halladale House, a prime lakeside location within Chester Business Park, a mile south of the city centre. It has excellent facilities for our clients to enjoy. Furthermore, it is set up to accommodate expansion, with space to house a growing team of investment managers and financial planners, and their client support staff.

Our Chief Executive Martin Andrew says of the new Chester office: “Growing our presence in the North West enables us to provide choice for our clients when meeting us. As a national firm it’s very important to us to have a strong regional presence. Our new office offers first class facilities and I know our team of advisers and investment managers are looking forward to welcoming clients as soon as possible.”

Professionals, business owners, individuals and families rely on our high-quality financial advice and investment services to preserve and grow their long-term savings and investments.

We are committed to building trust and delivering a consistently first class and high-quality private client investment service. We do this by understanding your exact personal requirements, demonstrating sound judgment in the investments we manage and by making an enduring commitment to meeting your evolving needs over the long-term.

Can bad news be good news?