Funding the next generation 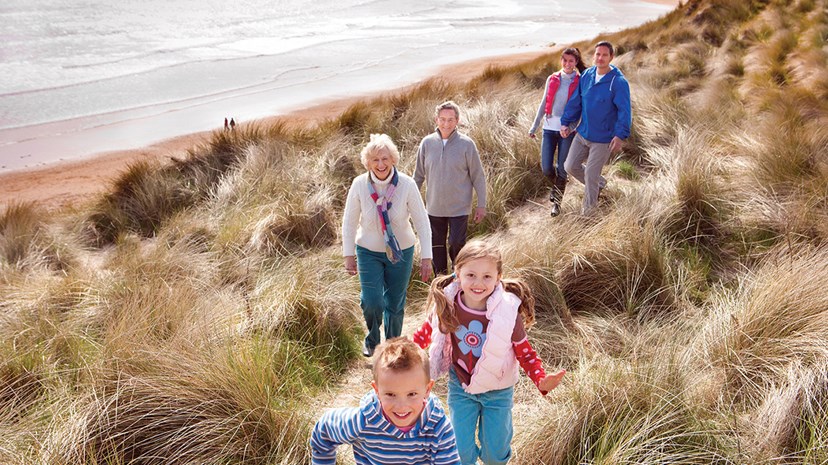 Students are graduating with eye-watering levels of debt, but is clearing their loans a good financial investment? Graduates from English universities have the highest student debt in the developed world, with the average student likely to rack up £57,000 in debts over the course of a three-year-degree, according to the Institute for Fiscal Studies (IFS).

What’s more, graduates’ debt levels are set to increase further after the headline interest rate on student debt jumped to a hefty 6.1% in September 2017, up from 4.6%. Of course, the situation for Scottish students at Scottish universities is very different with tuition fees being paid by the Student Awards Agency for Scotland. Living costs still need to be paid for though so it’s not all plain sailing.

These figures sound frightening – and indeed probably look very frightening from the perspective of a new graduate opening a statement from the Student Loans Company for the first time. Nevertheless, student debt repayments are not necessarily the huge burden on young graduates that many parents and grandparents fear.

Why is that? Firstly, for graduates who started their studies on or after 1 September 2012, loan repayments do not start until they earn £25,000 a year or more. At that point, they have to pay back 9% of the income they earn that is over the repayment threshold and their employer will deduct the money from their pay. Furthermore, graduates who earn less than £25,000 during their careers will not be required to make repayments at all, although interest will continue to accrue on their student loans. (Graduates who earn more than £25,000 have to repay a small amount of the principal as well as interest on the loan, starting at a rate of 3.1%.) Secondly, the debt is only for a fixed term and is wiped out after 30 years, or in the event of the borrower’s death. The IFS estimates that 83% of graduates will never repay all of their student debts.

For most graduates, who will never realistically pay off their loan or anything near it during the term, it does not make sense to repay the loan in full at an early stage. The exception is when a student is likely to earn at least £45,000 fairly soon after graduating and can expect to enjoy a high income for the rest of their career. Since the interest rate on student loans rises in tandem with earnings, individuals earning £45,000 or more (the upper threshold) pay interest at 6.1%. This tends to affect professionals such as accountants, doctors or lawyers, for example, or individuals who go into well-paid careers in fields such as financial services or technology. By paying down their debt sooner rather than later, or even not taking out a loan in the first place, they avoid having to cover significant interest and capital payments over the course of their working life.

Nevertheless, a caveat applies even to high earners because if they take a career break, spend a period of time away from work due to illness, or switch to a less-pressured job on a lower salary, they effectively go back to the default position where they just repay interest and not capital in any case – which means any additional capital that they have repaid on top of their standard repayments has been repaid unnecessarily. For this reason, even high earners who have built up a capital sum might choose to set aside money in a savings account or ISA – especially if they are not sure of their plans for now. Then, when their plans are more formulated – perhaps if they have had a family, for example – and they feel that their earnings trajectory is back on track, they can then decide whether it is the right course of action for them to withdraw capital from a savings account or an ISA to repay student debt.

Although student loans are a cheap form of borrowing in many respects (especially if they are never repaid), there are still many parents and grandparents who will be concerned at the prospect of their children and grandchildren graduating with tens of thousands of pounds of debt to their names. So what can they do to help? The most obvious way is by funding university tuition fees and maintenance costs. By funding a student’s three-year course upfront, parents or grandparents can prevent the student from taking on a 30-year debt and the interest costs associated with that. The two most tax-efficient ways to do this are:

1. Setting up an ISA when the child or grandchild is still very young.

If the investment is allowed to grow, it could build up into a sizeable sum. The money can then be given to the grandchild as an adult. The capital could be enough to cover tuition fees and possibly board and lodging as well. If the ISA is a Junior ISA, set up in the child’s name, any gains will not incur capital gains tax and they will not be considered part of the parents’ or grandparents’ estate for inheritance tax (IHT) purposes. Nevertheless, the child will automatically get access to the money when they turn 18 and can choose what to do with it. If the ISA stays in the parents’ or grandparents’ names, however, the parents or the grandparents would be able to decide how the money from the ISA is used, but it would be considered part of their estate for IHT purposes for seven years after it has been gifted to the adult child or grandchild.

For tax reasons, this approach is best suited to grandparents. Grandparents can set up a designated account for a grandchild and invest a capital sum in it. The grandchild’s initials are put in the designation box when the account is set up, creating a bare trust. As a result, HMRC will view income and gains from the investment as being attributed to the minor, who will have their own income tax and capital gains tax allowance. So there will be no tax implications for the grandparents. Any money invested in this way leaves the grandparents’ estate seven years after it has been gifted. At 18, the grandchild is legally entitled to the money, however, and can use it however they see fit – which may not necessarily be for education.

Many parents and grandparents want to set up their children or grandchildren to enjoy a secure financial future. Yet paying down student debt is not necessarily the best option if they have a spare capital sum to invest. They could also consider helping their children or grandchildren to save towards a house deposit or start a pension for them so that they have security in later life.

Please note that any tax benefits will depend on your personal tax position and rules are subject to change. The value of an investment can go down as well as up and you could get back less than your original investment. Speak to a Close Brothers adviser about ways to give financial support to the next generation.

Found out more about our Stocks and Shares ISA