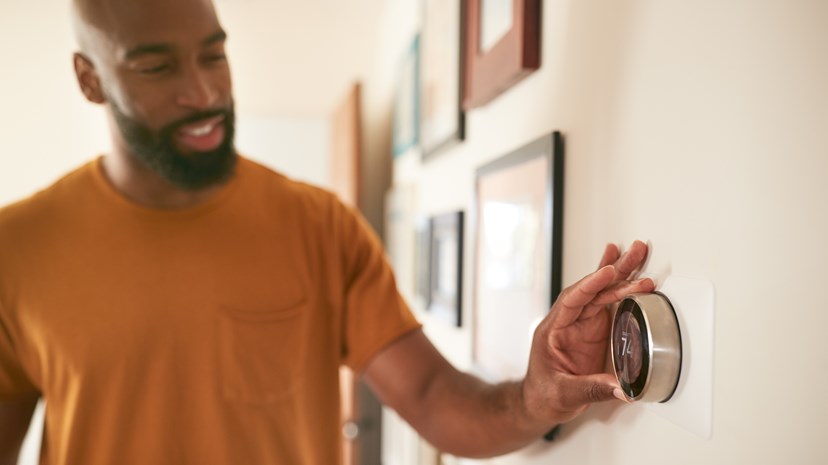 After all that has been going on politically and economically over the past few years, it is harder than ever to predict what might be around the next corner. This leaves borrowers with a difficult choice when arranging mortgage finance - is it better to take a shorter-term flexible rate with a lower monthly cost, or to pay more for the peace of mind associated with a longer-term fixed rate? We explore the various options below to highlight their key differences and potential benefits.

Fundamentally speaking, the idea of fixing a mortgage interest rate will appeal to borrowers who wish to keep control of their budget. This is because the interest rate remains the same for a specific set period of time, typically between two and ten years. Repayments are therefore the same every month meaning there is no need to worry about the impact of interest rates rising during the fixed rate period.

Fixed rates therefore have some strong advantages in terms of budget stability, however there are some downsides too. If prevailing interest rates drop during the fixed rate period then there is no benefit to the borrower. A longer term fixed rate mortgage deal could therefore start out being more expensive than a shorter term or variable rate one, and then get comparatively even more expensive over the course of the fixed rate period, if prevailing interest rates drop.

Unexpected changes to your circumstances

Perhaps the most significant disadvantage with fixed rate mortgages comes from the fact that the borrower is essentially tying themselves to the lender for a fixed period of time. Two years can fly by, however ten years is a significant period of time and may well involve some unforeseen and unexpected changes to the borrower’s personal and financial circumstances.

The main issue stems from the penalty charges that lenders levy on borrowers who want to break out of a deal during the fixed rate period. These can often amount to a very significant sum of money, especially in the earlier stages of a longer-term fixed rate deal. For instance, the penalty charge could be 5% of the mortgage balance, which might run into tens of thousands on larger mortgage balances.

Some changes in circumstances can be facilitated without the need to break the mortgage deal and suffer the expensive penalty charges. Many lenders will, for example, allow the borrower to ‘port’ the mortgage to a new property if they wish to move home. This will be based on a full financial assessment at that time, so is not guaranteed, but could potentially allow the borrower to transfer their existing mortgage and simultaneously borrow additional funds via a further advance.

Without a crystal ball it is difficult to know what the future holds for us. Many borrowers are attracted to the benefits of budgetary control offered via a fixed rate mortgage, although more often than not it is the shorter-term deals (between two and five years) that are ultimately taken out with lenders. Fixing for a shorter timeframe offers a combination of certainty and flexibility, because it is possible to repay the mortgage in full or switch to a more attractive lender at the point the fixed rate ends without any penalty.

Borrowers who wish to avoid tying themselves to a particular lender for a long period of time might find variable rate mortgages to be a more attractive proposition. With a variable interest rate, the amount that the lender charges for the borrowing can change at any time, however there might be no penalties applied for repaying the mortgage in full or changing to another lender. This is certainly the case with each lender’s own Standard Variable Rate (SVR).

Lenders will normally apply their SVR to borrowers at the point their fixed or other preferential mortgage rate comes to an end. This leaves the borrower with a huge degree of flexibility and options, such as taking a new preferential rate with that same lender, shopping around for a new lender, or repaying the mortgage in full. All of these actions can be completed without penalty at that time. However the flexibility comes with an increased cost to the borrower to the extent that the SVR is usually markedly higher than prevailing interest rates. As such, inactivity at this time can be very costly.

There are a number of different types of variable rate. One of the most popular is the tracker, whereby the mortgage interest rate follows movements of another rate such as the Bank of England Base Rate. Tracker mortgages often involve a tie-in period much the same as a fixed rate mortgage, and the early repayment penalties can similarly apply within these arrangements. The tie-in period is usually two to five years, although some lenders offer trackers which last for the full term of mortgage.

One obvious benefit of variable rate mortgages in general is that monthly costs will go down whenever prevailing interest rates are reduced. Conversely, if rates increase it is important to ensure that the higher monthly mortgage repayments continue to be affordable within the monthly budget.

Selecting the right mortgage is a process that requires careful consideration of the borrower’s personal financial circumstances, plans, and objectives. A lender’s interest rate might look very attractive at the outset, but a typical mortgage will run for a very long time – often 25 years or more. It is therefore vital to understand how and when the lender is able to make changes to the interest rate, because such changes can potentially have a significant impact on the borrower’s ongoing cost.

Our experienced mortgage advisers can provide you with clarity and confidence at each step of the mortgage process, to help you secure your financial future. For more information about our mortgage advice service, call us on: 0344 264 0705

Your home may be repossessed if you do not keep up with repayments on your mortgage, or other loan secured on it.

There are many things to consider when re-mortgaging other than simply whether the new interest rate is lower than the existing one.

Helping children and grandchildren onto the property ladder

With high house prices and tough affordability checks, it can feel like it’s increasingly more difficulty for first-time-buyers to make that step onto the property ladder.

Our mortgage advice service goes beyond simply researching the best rates for you. We have a fully-advised, telephone-based mortgage broking service that meets your needs in a flexible manner. We also specialise in buy-to-let and offset mortgages.

For more information about our mortgage advice service call us on:

There is no charge for an initial consultation.