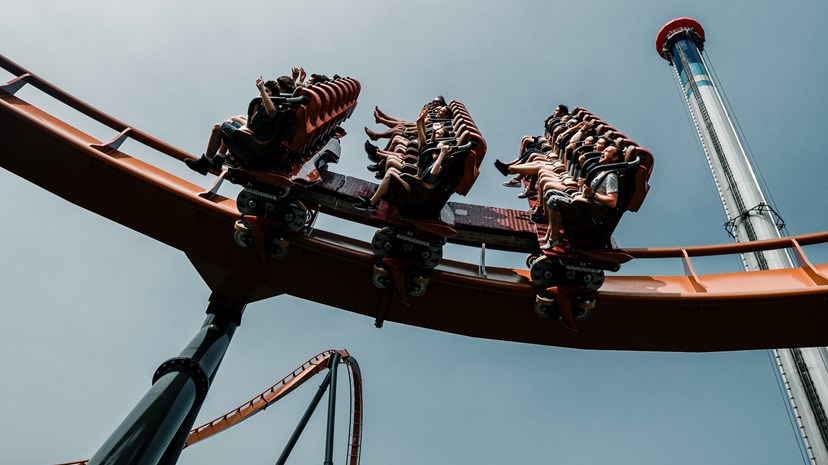 As Covid-19 continues to spread, markets showed the effects of weaker investor risk-appetite.US 30 year bond yields reached all-time lows on news of a sharp upward revision to the number of new cases reported in the Hubei province. The US three month to ten year yield curve also inverted for the second time in 2020, suggesting investors believe US interest rates need to come down. Gold, a traditional safe-haven asset, surged higher as investors sought assets that will be less impacted by weaker global growth. Officials in China are balancing measures to contain the virus with efforts to support economic growth. At a Party meeting President Xi announced the accelerated implementation of projects to support growth, as well as small business tax cuts to help achieve China’s 2020 economic and social development targets.

Investors looked to the Purchasing Managers’ Index (PMI) surveys this week, to see if the impact of Covid-19 was in evidence beyond Asia. In the US, the services sector weakened significantly, with both the Covid-19 outbreak and fears of a wider economic slowdown weighing on business sentiment, while uncertainty associated with the upcoming election is also fostering a more cautious outlook. Japanese PMIs also fell sharply into contractionary territory; however the surveys were stronger than expected in Europe and the UK, with the Eurozone indicator in fact strengthening in January. Nevertheless, it is possible that the impact of Covid-19 may be clouding the headline data – longer delivery times, usually a sign of healthy demand, may in this case be due to supply-chain disruption.

UK inflation increased to 1.8% YoY in January from 1.3% in December, which was ahead of the market’s expectations but in line with Bank of England forecasts. Core inflation (which excludes energy, fuel, alcohol and tobacco) also strengthened modestly to 1.6% from 1.4% in December. Much of the increase was due 2019 energy price-caps fading, along with higher oil prices and travel fares. Given the robust wage growth seen in 2019, consumption could strengthen in 2020, which would support growth and inflation. The forthcoming budget is also likely to bring higher government spending in 2021 and beyond. However, strength may take some time to feed through to the data and, with global growth still weak and Brexit uncertainty likely to intensify in the second half of the year, it seems likely that the Bank of England will keep interest rates on hold for the time-being.

Bernie Sanders is currently leading the race to oppose President Trump in November’s US election according to the first national opinion poll following the Nevada caucuses. Senator Sanders, a strongly left-wing candidate, gained 28% support, followed by Senator Elizabeth Warren, another candidate to the left, with 19%. The fact that neither leading candidate is seen as pro-business may have weighed on market sentiment. If such a candidate is chosen to oppose Donald Trump, we may well see further volatility in markets caused by the ebb and flow of opinion polls as the presidential race intensifies.

The EU General Affairs Council takes place this week, at which the EU is expected to formalise its negotiating mandate for the future relationship with the UK after Brexit. EU officials have repeatedly stressed the importance of “level playing field” conditions as part of a deal, which would require the UK to adhere in part to EU standards. This may be hard to reconcile with Prime Minister Johnson’s desire for regulatory autonomy in order to strike trade deals with other nations.
The EU Council will be hoping to build a consensus around a position by the 1st of March, with the negotiations formally beginning on the 3rd of March. We expect the rate of progress to be opaque until the summer, with a risk that deteriorating relations cause a dip in business and investor confidence in the second half of the year

Important information
The information contained in this document is believed to be correct but cannot be guaranteed. Past performance is not a reliable indicator of future results. The value of investments and the income from them may fall as well as rise and is not guaranteed. An investor may not get back the original amount invested. Opinions constitute our judgment as at the date shown and are subject to change without notice. This document is not intended as an offer or solicitation to buy or sell securities, nor does it constitute a personal recommendation. Where links to third party websites are provided, Close Brothers Asset Management accepts no responsibility for the content of such websites nor the services, products or items offered through such websites. CBAM5945.