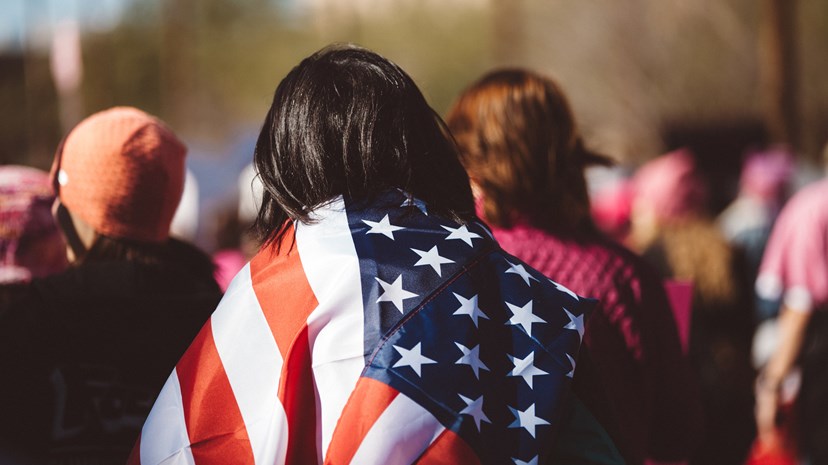 The US election took place last week, with markets anticipating a Democrat sweep. However, the race was closer than expected. Democrat presidential candidate Joe Biden declared victory on Saturday, once Philadelphia finished counting. President Trump has yet to concede the election, however, and is pursuing the matter through the courts - though his case has not won the support of prominent electoral law experts. The race for the House of Representatives and the Senate is ongoing. The Democrats are three seats short of a majority but are ahead in four races where ballots are still being counted. Winning them all would give them a very slim majority in the House. Within the Senate, two Georgia seats will be decided in run-off elections in January. The Democrats need to win both seats in order to control the Senate, with the support of a further two independent Senators and the Vice-President casting the tie-break vote. Should the Republicans secure a majority in the Senate it would likely limit the scope for fiscal stimulus, but also block radical regulatory appointments, limiting the scope for greater regulation.

In response to a second national “lockdown” in England and similar measures in place across the UK, Chancellor Rishi Sunak announced an extension to the Coronavirus Job Retention Scheme (CJRS) on Thursday. The scheme will be extended to March for any business that closes due to social restrictions. The State will cover 80% of workers’ salaries, with employers only covering National Insurance and pension contributions. This is more generous than the Job Support Scheme, which only helped those able to work some hours, required employers to pay for some unworked hours, and contributed only 60% of unworked hours’ wages. The extension of such support should keep a lid on unemployment for longer, supporting consumption growth.

The Bank of England increased monetary support for the UK economy last week. The Bank’s Monetary Policy Committee voted to increase the asset purchase programme (QE) by £150bn, extending support to the economy and keeping interest rates low. Interest rates remain unchanged. Bank forecasts of GDP growth and inflation were lowered in the November report, but do not reflect the extension of the CJRS. The impact is expected to be less severe than in April as schools and some businesses will stay open and businesses report better preparedness. The Bank highlighted the fact that the pandemic has brought about some changes that will be lasting, such as greater working from home, and the economy will need to adjust. The Brexit transition is expected to be a powerful near term factor, with the potential to cause some disruption in Q1 2021.

The US Federal Reserve’s November meeting was a quiet affair. Monetary policy committee members voted to maintain rates and monetary policy, but highlighted the risks to growth and inflation. Chair Powell pointed to worsening health data as a cause for concern, especially given that fiscal stimulus ceased back in July and consumer savings are being run down. The Fed has made it clear that monetary support needs to be coupled with fiscal measures, though further spending may have to wait until January, when the new presidential term begins.

China’s Communist Party Central Committee concluded a four-day meeting to decide China’s economic and social policy goals for the next five years. The first phase of China’s 50-year transformation plan is due to be completed in 2021. The second phase, completing in 2049, seeks to fully modernise China’s economy. Investment in environmental sustainability, innovation and domestic technology capabilities will be key themes. Social reforms are also expected, including policies around state-owned enterprises and labour permits. China is also expected to set itself more modest growth targets in the next decade, of perhaps 5% real GDP. This avoids policy makers having to deliver growth at any cost, but could mean China provides less of a boost to global growth.