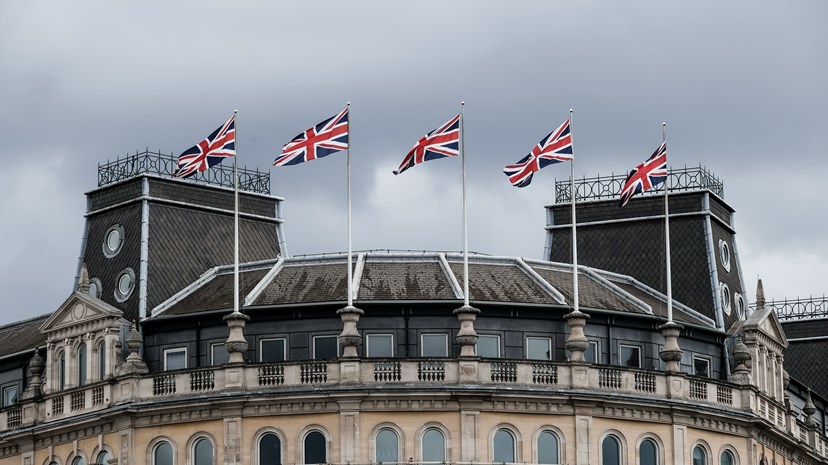 Will the 31 October Brexit deadline be extended?

MPs opposed to a no-deal Brexit are attempting to pass a bill compelling Prime Minister Johnson to ask Europe for an extension of Article 50 on 19 October. At the time of writing, this bill looks likely to be passed next week, making the new deadline January 2020, or another date of Europe's choosing.

The immediate implications of this are twofold. Firstly, this bill increases the time available, and means a no-deal Brexit on 31 October is no longer the default option. Secondly, securing a delay has some bearing on the timing of a general election.

When will Jeremy Corbyn agree to a general election?

Prime Minister Johnson put forward a motion calling for a general election this week, which was defeated. As has been made clear on numerous occasions, the current Parliament continues to grapple with the fact that the existing set of MPs have been unable to form a majority in favour of any Brexit option: neither May's deal, a no-deal Brexit nor a second referendum.

With this in mind, it's easy to see why the Prime Minister is seeking to change the Parliamentary arithmetic - he also claims a bigger majority in favour of an explicit "No Deal if Necessary" mandate would reinforce his negotiating position in Europe on 19 October. For this reason, he'd like to hold the election on 15 October, which requires calling the election no later than Tuesday 10 September.

The challenge Johnson currently faces is that under the Fixed Term Parliament Act, a motion for a general election needs a two-thirds majority, a threshold he cannot reach without the support of the Labour party.

So will Labour cooperate? Currently, Labour has said that they will not support an election until they are confident that a no-deal exit on 31 October is off the table. The bill provisioning for an extension is due to pass at some point next week, but Labour may choose to wait until the request for delay is actually made, leading to a November election.

The opposition have other motives for dragging their heels too - the Conservative party are polling well at the moment, and may hope to capitalise on the ability to pledge to cancel the extension and leave on 31 October as promised, a pledge only possible if the election takes place before that date. For Labour especially, who are lagging in opinion polls, denting any momentum the Tories may be gathering is clearly attractive, even at the cost of appearing intransigent.

With this in mind, our view is that a later election is more likely. However, delay is not without risks - the longer Labour chooses to defer, the greater the chance of an unexpected turn of events.

Will the nation vote for "No Deal if Necessary"?

While the precise mechanism and timing of a general election remains unclear, we do think an election is likely, and we expect this election to be fought along Brexit fault-lines.

Frustratingly, opinion polls on both the topic of whether Brexit on no-deal terms should go ahead, and who is likely to lead the country, are not giving very clear signals. The task of election forecasting is made harder by the UK's first-past-the-post election system, and harder still by the fact that the demographics of Leave and Remain voters do not marry up well with those of the main political parties.

At this stage we believe it would be heroic to forecast the outcome, but we will be watching the evolution of the polling data very closely indeed.

What does this mean for our investments?

The recent volatility in UK assets does not come as a surprise and, in anticipation, we have been cautiously positioned in the UK for some time. We are largely exposed to international global franchises, which can benefit from weaker sterling, while we have some exposure to Gilts, which have benefited from their perceived safe haven status.

It is our view that, until the end of the year, The Story of Brexit for investors is about whether or not No Deal comes to pass. Every twist that avoids a no-deal Brexit is likely to see GBP rally and bonds falter, even if all that is offered is more uncertainty. For now, we remain cautious on the outlook for the UK - while domestic UK assets do look attractively valued, the effect of three years of uncertainty is clearly being keenly felt and UK economic growth, consumer aside, is sluggish. Moreover, we are keeping in mind that the eventual deadline for the withdrawal agreement is in fact merely the starting point for further negotiations.

Important information
The information contained in this document is believed to be correct but cannot be guaranteed. Past performance is not a reliable indicator of future results. The value of investments and the income from them may fall as well as rise and is not guaranteed. An investor may not get back the original amount invested. Opinions constitute our judgment as at the date shown and are subject to change without notice. This document is not intended as an offer or solicitation to buy or sell securities, nor does it constitute a personal recommendation. Where links to third party websites are provided, Close Brothers Asset Management accepts no responsibility for the content of such websites nor the services, products or items offered through such websites. CBAM5782.