Brexit - an update on our thoughts 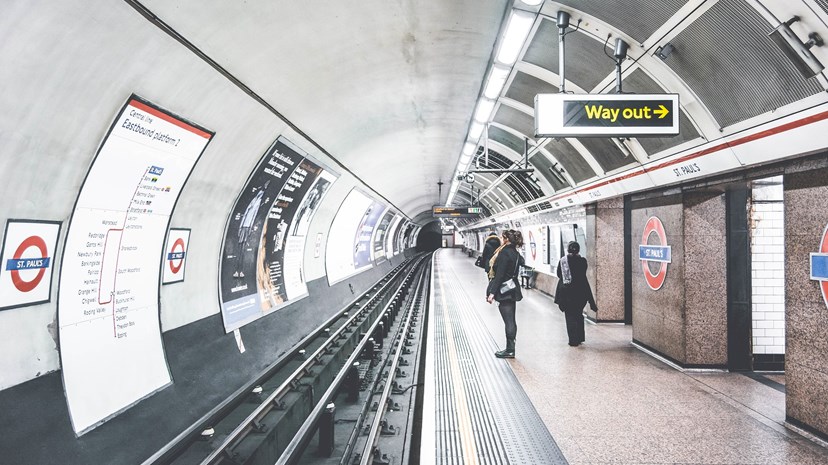 The UK’s future relationship with the EU remains very uncertain, and we are positioned cautiously with regard to the UK. We continue to monitor the risks and advocate a global multi-asset approach. In this Investment Insight we examine the key issues and investment implications.

Since the 2016 referendum, when the UK voted to leave the EU, the UK equity market has under-performed and Sterling has weakened. While the UK economy has been more resilient than many forecasters expected, growth has slowed significantly and business investment has been weak.

What could happen from here?

There are two main stages that will dictate the outcome of Brexit negotiations in the run-up to March 2019:

While there are many potential permutations, we outline below four core scenarios. Our base case is that the UK and the EU will reach a withdrawal agreement. The permutations of each of these scenarios could bring new positive surprises but also negative unintended
consequences, potentially significantly altering market implications. For example, the breakdown of negotiations may increase the likelihood of both a “no deal” scenario and a second  referendum, outcomes that would favour different groups of assets. For this reason, we are not positioning strongly in either direction ahead of the outcome.

Scenarios 1 and 2 would likely be positive for UK GDP growth expectations and for Sterling. As a result, we would expect these outcomes to benefit companies exposed to the UK economy, with a higher proportion of UK earnings, “domestic earners”. Conversely, we expect scenarios 3 and 4 to be negative for the currency and growth expectations – we would expect companies with a higher proportion of earnings overseas, “overseas earners”, to outperform. 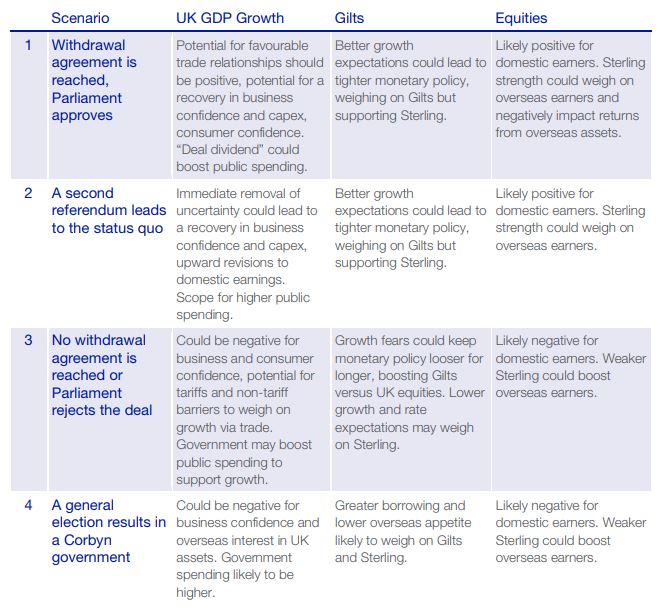 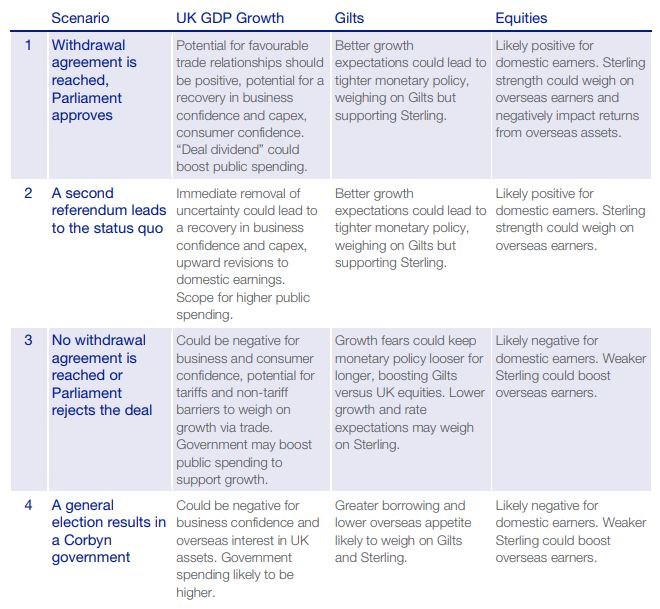 How are we positioned for Brexit?

Important information
The value of investments will go up and down and clients may get back less money than they invested. Past performance is not a reliable indicator of future returns. The information contained in this document is believed to be correct but cannot be guaranteed. Opinions constitute our judgment as at the date shown and are subject to change without notice. This document is not intended as an offer or solicitation to buy or sell securities, nor does it constitute a personal recommendation.