All I want for Christmas is a majority 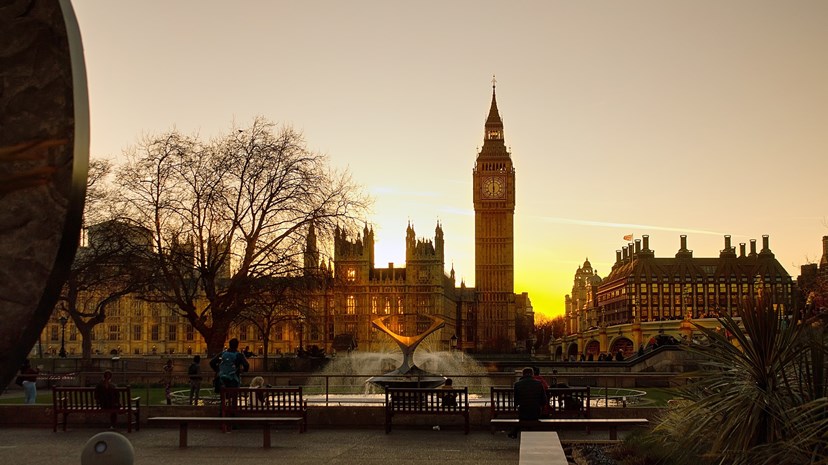 The UK Parliament this week voted in favour of a general election on 12th December. The Conservatives, currently operating a minority government, will be hoping to win a majority in order to make passing laws easier, including the Withdrawal Agreement Bill. Should they succeed, we would expect Number 10 to push forward with the deal Johnson agreed with the EU, and pursue a more distant future relationship. While polls currently suggest the Conservatives may be able to secure a majority, we expect this election to be especially difficult to predict, not least due to the fact that the two sides of the Brexit debate do not correspond with traditional party political fault lines.

Hong Kong’s economy shrank by -3% in the twelve months to September, the first concrete sign that political unrest is impacting growth. Consumption fell -4%, and investment plunged -16%, with GDP expected to continue to be weak into 2020. Long term anxiety surrounds 2047, when the Basic Law clause protecting Hong Kong’s capitalist system and way of life expires. It remains unclear how Beijing plans to proceed, with the desire to draw Hong Kong closer at odds with the preservation of features that have allowed the territory to prosper.

The Federal Reserve Open Markets Committee (FOMC) cut interest rates by -25 basis points in a bid to support growth at a time when the global economy is weak. The guidance issued suggested that the Committee expects interest rates to remain on hold over the near term, with policy being “data dependent”. Indicators suggest market participants believe further cuts may be needed, with a 50% implied probability of additional rate cuts by the spring. Two months after the US yield curve inverted (a recessionary signal), Federal Reserve accommodation and trade optimism have helped the curve steepen again. However, further stimulus may be needed for this to continue.

The Bank of Japan (BoJ) kept monetary policy unchanged at last week’s meeting but strengthened forward guidance, committing to low rates for “as long as it is necessary” and emphasising that there was scope for further easing. Governor Kuroda confirmed that “the fact that any easing step would have costs won’t keep us from loosening policy”. Japan’s economy has suffered due to the collapse in global trade, with domestic growth also relatively weak. However, current headwinds do not yet appear to be enough to compel the BoJ to act.

Last week the US House of Representatives voted to officially open an impeachment inquiry of President Trump, the beginning of a process that could remove the president for wrongdoing. Unless new information comes to light, it looks unlikely that the process would pass the Senate, where the Republicans have a majority but the inquiry could impact the 2020 election in unexpected ways. Swing-state voters appear to support the inquiry but not the removal of the president. The process will also take up valuable campaign-time for those Democratic candidates who are senators.

Important information
The information contained in this document is believed to be correct but cannot be guaranteed. Past performance is not a reliable indicator of future results. The value of investments and the income from them may fall as well as rise and is not guaranteed. An investor may not get back the original amount invested. Opinions constitute our judgment as at the date shown and are subject to change without notice. This document is not intended as an offer or solicitation to buy or sell securities, nor does it constitute a personal recommendation. Where links to third party websites are provided, Close Brothers Asset Management accepts no responsibility for the content of such websites nor the services, products or items offered through such websites. CBAM5836.