Q&A: What do negative rates mean? 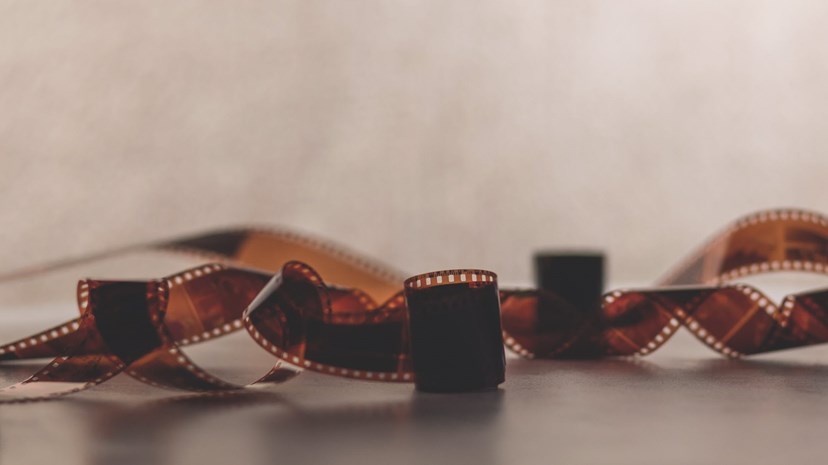 What do we mean when we talk about the Policy Rate or Bank Rate?

The Policy Rate is set by the Bank of England Monetary Policy Committee (MPC). The Policy Rate is the interest rate the Bank of England pays to commercial banks that hold money there. This rate in turn influences the rates those commercial banks charge people and businesses to borrow money, as well as how much they pay to businesses and people when they deposit their savings at the commercial bank. A lower rate incentivises borrowing, current spending and investment, while a higher rate incentivises saving, deferred spending and investment. In this way, central bankers can use the policy rate to cool or stimulate the economy.

What is the job of central bankers?

Mandates differ slightly from central bank to central bank, but generally central bankers are in charge of keeping economic growth sustainable, employment levels high, and prices stable. Central banks generally consider general growth in prices of 2% per year to be a safe rate of change, often referred to as the rate of inflation. If inflation is too high or too low it can hurt households and the economy. The Bank of England currently has a 2% inflation target set by the Government.

Why would the MPC set Bank Rate below zero?

Globally, policy rates have fallen over the last thirty years. Central bankers believe that this is partly due to a fall in the ‘equilibrium interest rate’. This is the interest rate at which monetary policy is neither expansionary nor contractionary – where the demand for money matches the supply of money. Much of that fall can be explained by structural factors such as an ageing global population and slowing productivity growth.

Policy rates were lowered significantly in the wake of the Global Financial Crisis in order to support growth and inflation, and they have remained at historically low levels ever since. The economic shock caused by the Coronavirus pandemic has caused another knock to growth and inflation, causing many policy makers to cut already low rates even further. The Policy Rate is currently 0.1% in the UK. Given that the near term outlook for growth is weak, the Bank of England are likely to need to cut rates further in order to stimulate the economy. If interest rates cannot go below zero, this only gives the Bank of England ten basis points to play with. If interest rates can go below zero, the Bank clearly has more room.

How far below zero can rates go?

At a certain policy rate, policy makers theoretically reach an ‘effective lower bound’ (ELB). This is the level below which it is judged that rate cuts stop boosting inflation and growth, or that adverse effects, in areas such the financial sector, outweigh the economic benefit.

The Bank of England historically believed this rate to be above zero in the UK. Because the Policy Rate was close to the ELB, the Bank of England used other monetary policy tools (once called unconventional tools) in the wake of the Global Financial Crisis.

The ELB may vary over time due to changes in economic or financial structures or prevailing economic conditions and will likely vary across economies. Note that Denmark, Sweden, Switzerland, Japan and the European Central Bank have all implemented negative policy rates in recent years.

In some respects, negative rates may impact the economy in the same way as positive rates – lower (more deeply negative) interest rates incentivise borrowing and current spending and investment and disincentivise saving and deferred spending and investment. Lower interest rates also increase the present value of assets. A lower interest rate may also cause the currency to weaken, boosting inflation temporarily via the channel of increasing import prices, and boosting the affordability, and therefore sales, of exports.

However, in some ways the transmission may be different, including via the channel of household deposits. Commercial banks cover their costs by paying less on saving than they make on lending – this is known as the interest margin. Analysis shows that, during periods of negative rates, household deposit rates typically did not fall below zero – commercial banks may not attract or retain deposits at negative savings rates. However, business deposit rates are more likely to turn negative.

If deposit rates cannot fall below zero but some of a commercial banks’ existing loan book is linked to policy rates, which has fallen below zero, then banks’ interest margins decline, hurting bank profitability. The more reliant a bank is on household deposit funding (as opposed to other forms of funding that might be connected to the Policy Rate), the greater the impact on its profitability. In the UK, smaller banks and building societies are generally most exposed to these risks.

To sustain interest margins and profitability, banks might choose not to pass on the full reduction in the Policy Rate when setting new lending rates, or to restrict lending. This would reduce the expansionary effect on growth of negative policy rates and could even restrict credit availability.

What does the Bank of England’s Monetary Policy Committee think about negative rates in the UK?

The MPC is currently reviewing the monetary policy toolkit, including negative rates. In the August Monetary Policy Report the MPC commented that:

“negative policy rates at this time could be less effective as a tool to stimulate the economy…because banks’ balance sheets will be negatively affected by the period of severe economic disruption… they have an important role to play in helping the UK economy recover by providing finance for individuals and companies.”

In the past, MPC members were unenthusiastic about negative rates. As recently as 2016, the bank judged the ELB to be ‘close to, but a little above zero’. In recent months, the idea of negative rates has been increasingly discussed.

Negative or not, UK Policy Rate is likely to stay low for some time. Futures markets are implying negative interest rates by next spring. Negative rates could support growth and inflation in the UK, but there are also reasons to think they may not be that effective.

Putting negative rates on the table as a viable policy tool offers the MPC more scope to support the economy during the current period of weak growth and inflation. Having negative rates in the toolkit could be crucial in enabling the MPC to meet its 2% inflation target by controlling inflation expectations.

Is climate change on the political back burner?

For use by institutional investors, FCA authorised intermediaries and connected persons only – it must not to be relied upon by retail clients. If you are a retail client please return to the main part of the website.

Please read this page before proceeding, as it explains certain restrictions imposed by law on the distribution of this information and the countries in which our funds are authorised for sale. It is your responsibility to be aware of and to observe all applicable laws and regulations of any relevant jurisdiction.

This part of the Close Brothers website is for information purposes only. It is not intended to be relied upon to make any investment decision. Although the information herein has been obtained from sources believed to be reliable, neither Close Brothers Asset Management or any of its employees guarantee its accuracy, completeness or fairness. The most recent data has been used where possible. Except in so far as liability under any statute cannot be excluded, no member of Close Brothers Asset Management accepts liability (whether arising in contract, tort or negligence) for any error or omission in this document.

Applications to invest in any fund referred to on this site, must only be made on the basis of the offer document relating to the specific investment (e.g. prospectus, simplified prospectus or other applicable terms and conditions).

As a result of money laundering regulations, additional documentation for identification purposes may be required when you make any investment. Details are contained in the relevant Prospectus or other constitutional document.

If you are unsure about the meaning of any information provided please consult your Close Brothers contact, financial or other professional adviser.

The information contained on this site is subject to copyright with all rights reserved. It must not be reproduced, copied or redistributed in whole or in part.

We may source data from reputable third party data providers, however, we accept no responsibility or liability for the accuracy of such data.

We accept no liability whatsoever for any direct or consequential loss arising from any use of this report or its contents.

On accessing the Close Brothers Asset Management website, you are aware of the following investment risks applicable to all Close Funds:

PAST PERFORMANCE RISK-Past performance, though extensively used in analyzing investments, is not a reliable indicator of future returns.

RISK OF PERMANENT CAPITAL LOSS-The risk that investments may fall in value permanently with little or no expectation of recovery, including the possibility of total loss of the amount invested. Typically, this applies to individual securities.

RISK OF REDUCED INCOME-The risk that income derived from investments falls significantly and no longer fulfils its objective in a portfolio with a corresponding fall in the capital value if realised.

VOLATILITY RISK-The risk of a decline in the value of a group of investments due to market fluctuations. Typically investors measure this risk over short timescales.

INFLATION RISK-The risk that the growth of investments does not keep pace with inflation over the longer term, i.e. a reduction in the real purchasing power of one's capital.

TAX RISK-The risk that the tax regime generally affecting returns, a particular asset or a specific tax efficient scheme may change or be removed with consequent impact on investment returns and strategies.

CURRENCY RISK-The risk that movement in rates of foreign exchange may cause the value of investments and/or income derived from them to fluctuate independently of the value of the underlying asset and may amplify losses or impact gains when translated into the investor’s base currency.

BENCHMARK RISK-The risk that investments do not beat a specific benchmark over the longer term, e.g. the failure to match the returns of a given equity index, bond index, or a blend of these.