How to manage friendships at work 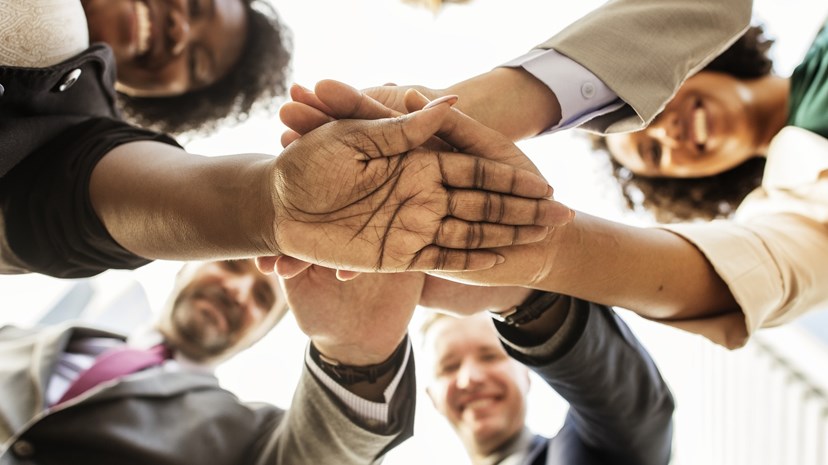 On 30 July, the world celebrates the International Day of Friendship. This special day was first launched by the United Nations General Assembly back in 2011, based on the idea that “friendship between peoples, countries, cultures and individuals can inspire peace efforts and build bridges between communities”.

Most of us would agree that, generally speaking, promoting friendship is a very good idea. But what about friendship in the specific context of the workplace? Is it likely to have a positive – or detrimental – effect on workplace performance? As a result, should employers be proactively encouraging – or discouraging – friendships and bonding at work?

There is plenty of evidence to suggest that workplace friendships are beneficial for both employees and their employers. A study by US academics found that friendship has a positive effect on group performance. This is potentially due to the ability of friendship groups to “better coordinate resources and actions through shared knowledge and effective communication, and as a result of higher levels of motivation”.

What’s more, a survey by team-building company Wildgoose found that more than half of employees (57%) believe that having a ‘work best friend’ makes work more enjoyable. Nearly a quarter (22%) say they are as, or more productive, as result of being great buddies with a colleague and a similar amount (21%) argue that having a work best friend boosts their creativity.

Another argument in favour of friendship is loneliness – a major issue in the workplace, even before Covid-19 forced many employees to base themselves at home. Back in 2019, job board CV-Library found that over half of Brits (53.6%) suffered from loneliness at work, with four in ten attributing this to having nothing in common with their colleagues.

Staff loneliness is set to become an even more pressing problem for employers in future, especially as more organisations switch to hybrid – or even entirely remote – working practices. With employees spending less time in the office – and potentially starting new jobs entirely on a work-from-home basis – it will be increasingly harder for them to build and maintain relationships with peers.

Concerningly, loneliness could have a negative impact on employees’ mental health, leading to reduced productivity and absenteeism. Research by Close Brothers Asset Management earlier this year revealed that more than half of employees (51%) have already experienced an increase in worries about their mental health due to the pandemic.

Yet while workplace friendships offer many positives, they also present risks to employers, especially when the boundaries between friendship and professionalism become blurred. Employees who become overly relaxed at work may not perform as well as they did previously. Or they may intentionally or unintentionally exclude team members, which could lead to allegations of bullying or discrimination. Additionally, they may turn a blind eye to poor performance when it occurs in a colleague who also happens to be a friend.

The risks are particularly acute in the event of a romantic relationship or a friendship that breaches a hierarchy – for example, a manager is close friends with one of their line reports. In this situation, the manager could be open to accusations of favouritism. Also, if two close friends hold financial roles within an organisation – and may possibly be struggling with their own financial wellbeing – there is a heightened risk of that organisation falling victim to fraud through collusion.

Employers don’t have the right to intervene in employees’ personal relationships. Nevertheless, they are entitled to act if a work relationship is having a detrimental impact on the organisation – for example, if an employee’s performance is deteriorating. So how can employers promote friendship within teams while ensuring that the workplace remains a professional environment where all employees are treated fairly?

It is natural human behaviour to want to make friends – which is why workplace friendships are virtually impossible to prevent. And there is no real reason to prevent them. Friendships can be a competitive advantage since they contribute to a positive working atmosphere and help organisations to attract and retain talent. For employers, the challenge is to try to ensure that where friendships exist, they are positive, professional and beneficial to the organisation overall.

To find out more about how Close Brothers Asset Management can support your business with financial wellbeing, please call 0800 028 0208 or email financialeducation@closebrothers.com

Email us
Speak to us

For more information about our financial education services call us on:

Calls may be recorded

Managing finances in a time of turbulence

Phased retirement: why it can be a win-win for both employers and employees